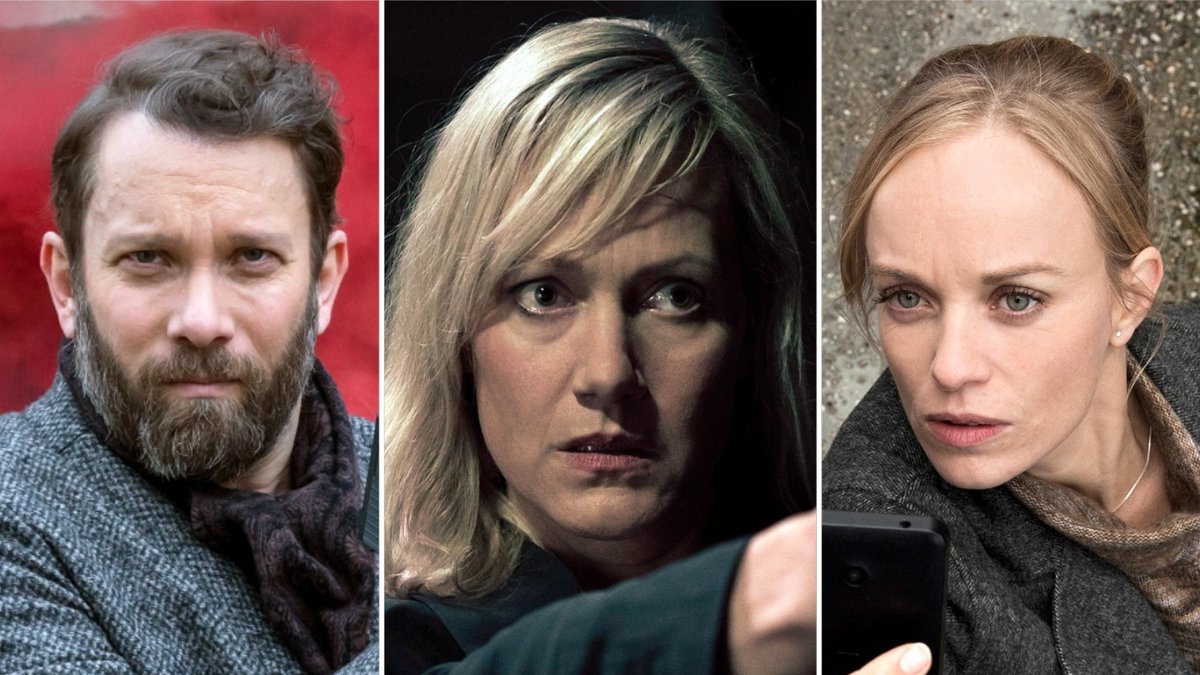 Inspector Martina Bönisch (2012-2022) was shot in “Tatort: ​​Liebe mich” (February 20, Das Erste). With this shocker, actress Anna Schudt (47) leaves the Sunday thriller without warning after ten years. In addition to Commissioner Peter Faber (Jörg Hartmann, 51), she was one of the two constants in the Dortmund offshoot of the crime series. But there have been many more dramatic and more or less surprising “crime scene” exits in the past 50 years or more.

In mid-December 2020 it was announced that Commissioner Lessing (2013-2021, Christian Ulmen, 46) will die in the episode “Tatort: ​​Der Feine Geist” that will be broadcast on January 1, 2021. In the film he lived on as a ghost, but in the end it meant the end for the Weimar investigator duo, which also included Nora Tschirner (40) as Commissioner Kira Dorn.

Most recently, the “Tatort” fans had to say goodbye to the Münster crime inspector Nadeshda Krusenstern (2002-2020, Friederike Kempter, 42). She was murdered by the fictional “Tatort” investigator Sascha Ziesing (Friedrich Mücke, 40) from Paderborn in the improv crossover episode “Tatort: ​​Das Team” (2020), which aired on New Year’s Day. In “Tatort: ​​Limbus” (November 2020), Krusenstern had one last brief appearance in the eponymous limbo.

Actor Ben Becker (57) was seen in two Ludwigshafen “crime scenes” as police officer Stefan Tries. For the first time in 1991 in “Tatort: ​​Tod im Häcksler” and most recently in “Tatort: ​​The Palatinate from Above” (November 2019). After it came out that a young colleague had been shot with Tries’ gun in order not to expose a corruption affair in which Tries was also significantly involved, he shot himself in front of Commissioner Lena Odenthals (Ulrike Folkerts, 60).

Chief inspector Nils Stedefreund (2001-2019, Oliver Mommsen, 53) was shot by the worn-out and unscrupulous BKA officer Wolfgang Kempf (Philipp Hochmair, 48) on Easter Monday 2019 in the episode “Tatort: ​​Where is my treasure gone?” he stood protectively in front of his colleague Inga Lürsen (Sabine Postel, 67). Stedefreund’s death also marked the end of this Bremen “crime scene” team.

The excitement in advance was great when it became known that the Berlin actress Jella Haase (29) would be part of the new Dresden investigative team. But the “crime scene: in one fell swoop” (March 2016) was the first and surprisingly also the last with her as Maria Magdalena Mohr. The police candidate was killed by members of the folk music band Herzensbrecher.

In “Tatort: ​​Franziska”, the long-time assistant to the Cologne investigators and volunteer probation officer, Franziska Lüttgenjohann (2000-2014, Tessa Mittelstedt, 46) died on film. She was strangled by prison inmate and hostage-taker Daniel Kehl (Hinnerk Schönemann, 47) in a prison conference room while a SEK commando killed him just a few seconds too late. The episode was broadcast on January 5, 2014 after 10 p.m. for reasons of youth protection.

The fans of a former Berlin “Tatort” team, on the other hand, are still unclear as to whether the chief inspector has died or not. Because investigator Felix Stark (2001-2014, Boris Aljinovic, 54) was struck down with two bullets by Martin (Beat Marti, 49) shortly before the end of the thriller. In the clinic, when asked if he would survive, the doctor answered “maybe”. The “Tatort: ​​Maybe” was broadcast on November 16, 2014 and marks the end of Ritter (Dominic Raacke, 63) and Stark.

Chronologically, the second “Tatort” investigator from the Bremen team now follows, who died: Detective Chief Inspector Leo Uljanoff (Antoine Monot, Jr., 46), unlike Stedefreund, was only granted two episodes. After joining in February 2013, he was shot in the next episode “Tatort: ​​He will kill” (June 2013) in the Presidium toilet of Dr. Marie Schemer (Annika Kuhl, 49) stabbed to cover up another act.

The one-off appearance by Fabian Hinrichs (47) in Munich’s “Tatort: ​​Der Tiefen Schlaf” (December 2012) also caused a stir. In it, the actor, who was born in Hamburg in 1974, played the young, up-and-coming investigator Gisbert Engelhardt. But after 60 minutes he had to die on film, which the viewers greatly regretted. The “We want Gisbert Engelhardt back” page was founded on Facebook. As such, there was no comeback for Hinrichs, but he has had his own “crime scene” since April 2015. In Franconia he investigates as Chief Inspector Felix Voss.

The Hamburg undercover investigator Cenk Batu (2008-2012, Mehmet Kurtulus, 49) was caught in May 2012 in “Tatort: ​​The Ballad of Cenk and Valerie”. He died from a bullet from a SEK sniper after taking Chancellor Grasshoff (Kai Wiesinger, 55) hostage to save his girlfriend.

And Berlin again: Commissioner Michail “Zorro” Zorowski (1996-1998, Robinson Reichel, 55) was thrown from the getaway car after twelve cases in the episode “Tatort: ​​Berliner Weisse”, which was played in the run-up to the Love Parade and was broadcast in November 1998 fatally hit by a pill dealer.

Similar to the case of the Dresden police officer Maria Magdalena Mohr, the Frankfurt police chief Werner Rolfs (Klaus Löwitsch, 1936-2002) was only granted one episode. In “Tatort: ​​Such a day…” (1982) he died in an underground car park from a ricochet from the petty criminal “Blinki” (Pierre Franckh, 68), who actually wanted to shoot his ex-girlfriend.