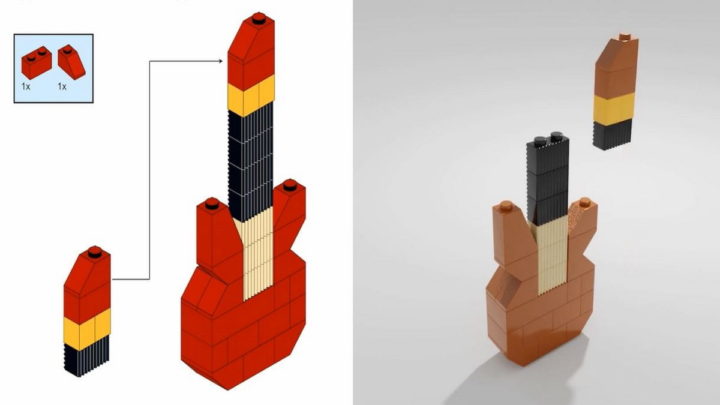 Robots already replace humans in many more mechanical and methodical activities, and beyond. If this worries some skeptics, now we know that a group of researchers tried to teach a machine to follow lego building instruction manuals.

If you need help to entertain yourself, the solution is being born.

The process of building with legos and transforming loose pieces into a prototype of something, be it simple or complex, is one of the things that appeals to hobby enthusiasts. The boxes arrive accompanied by manuals that, regardless of who they are to serve, help in the development of the work.

If building legos was an exclusively human activity, a group of researchers from the Stanford University changed the rules of the game a bit and introduced a new member: the machines. One of the biggest challenges they face, however, is the interpretation of the two-dimensional images of 3D models in traditional printed instruction manuals.

Although humans look at the image of a lego brick and determine its structure in 3D, in order to find it in the middle of a series of other elements, with robots the story is different. So researchers at Stanford University had to develop what they called Manual-to-Executable-Plan Networkor MEPNet.

Basically, the neural network needs to understand which part to use, where to find it and how it can be fitted into the construction. Therefore, MEPNet technology has to decipher what it is seeing and how it can be associated with the 3D model.

Now, legos manuals don't use arrows to indicate the placement of the pieces, and at most they will use a slightly different color to indicate where the new pieces need to be placed - which can be too subtle to detect from an image. printed.

Legos won't be assembled by robots, but ideas may come from this investigation

Although they have studied the theory, researchers at Stanford University revealed that it is still not possible to drop a series of legos in front of a robot, give it an instruction manual and wait for it to build a prototype. In fact, the objective of this research was simply to translate the 2D images from a legos manual into assembly steps that a machine can functionally understand.

According to Gizmodo, this investigation could be interesting for the potential "automatic conversion of old lego instruction manuals into interactive 3D building guides included in Lego's current mobile app".

Furthermore, after better understanding the translation of 2D images into three-dimensional structures built in lego, this structure could be used to develop software that could translate images of any object, in order to generate instructions on how to transform it into a lego prototype. .