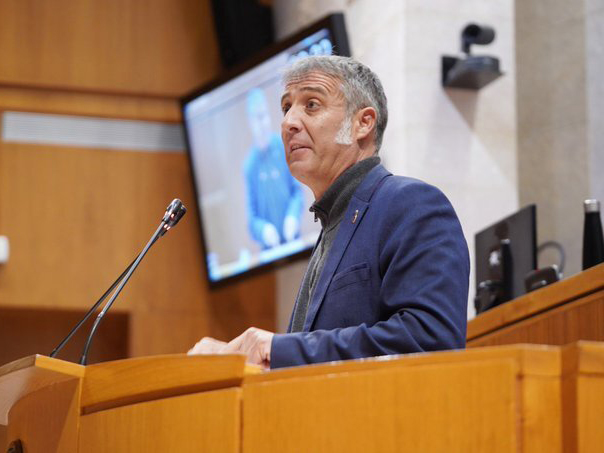 The parliamentary group of Citizens has obtained the support of the Cortes to urge the regional Executive to establish a calendar with the Government of Spain of meetings of the Joint Monitoring Commission of the Aragón Water Pact. In their initiative, the liberals also promote that the new Water Table has the Social Mediation Initiative in cases where it is required to bring positions closer, in addition to maintaining the works of the Water Pact in the Hydrological Plan of the Ebro of the third cycle (2022-2027).

The Cs Environment spokesperson, Ramiro Domínguez, has underlined the importance of defending in relation to water policy compliance and development of the Statute of Autonomy in relation to the fifth additional provision and to urge the central government to provide, through the General State Budgets, the necessary items to carry out the investments in agreed hydraulic infrastructures.

“The objective is that there are commitments on specific deadlines and that the Water Pact does not remain a declaration of intent,” said Domínguez, who has demanded that the DGA defend “tooth and nail” the works of the Water Pact, while regretting that Minister Teresa Ribera “only steps on the territory to take a photo like in Andorra.” “Ambiguities are useless. We need a desire to work, firm proposals and make commitments. Andorra still has no solution and we cannot allow another key issue for Aragon to fall back into the government’s oblivion ”, he stressed.

Faced with the current situation, with sentences that annul the works of Biscarrués and Mularroya, or the oblivion suffered by some infrastructures in the PGE, the Aragonese liberals bet “for certainty, consensus and work in a clear direction.” “Liberals are not going to renounce regulatory works. We must look forward and adapt the Water Pact to a new ecological and legal reality, but what we must not touch is the consensus and the unity that we achieve to develop the great works agreed ”, he concluded.