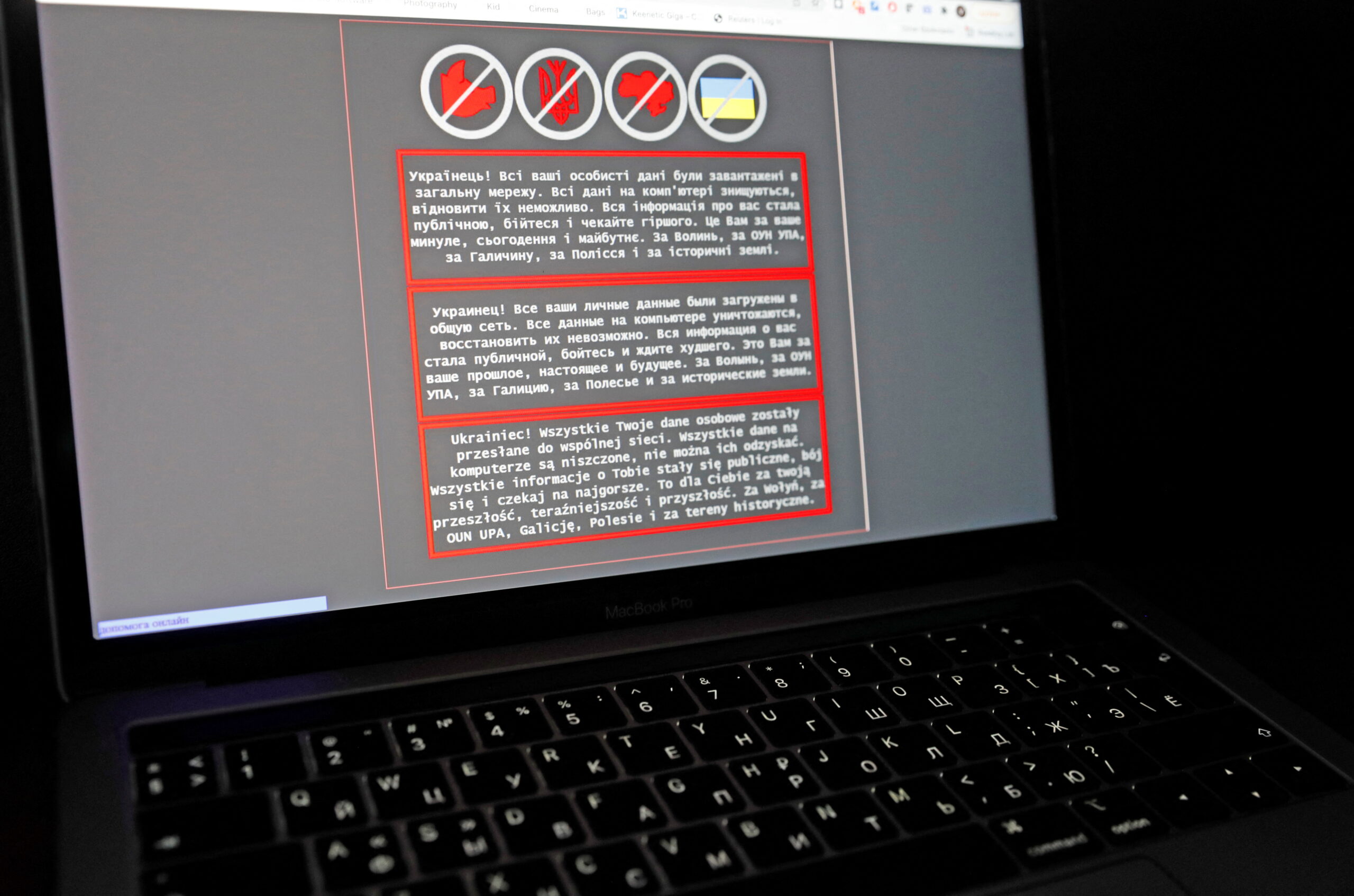 hackers have about 70 websites of the Ukrainian government department, forcing many of them offline. A message in Ukrainian, Russian and Polish on the country’s Foreign Ministry website read: “Ukrainians! All your personal data has been uploaded to the public network. All data on the computer has been destroyed, it is impossible to restore it.”

The page referenced “historic land” and featured crossed out versions of the Ukraine map and flag. “All information about you has become public, be afraid and expect the worst. This is for you for your past, present and future,” the message read. Along with the Ministry of Foreign Affairs website, the state emergency service, the state treasury and the ministries of education, foreign affairs, sport, energy, land policy, veterans and the environment were targeted.

However, Ukraine’s security service said that personal data has not been affected. He noted that most services were restored.

According to Ukraine’s Ministry of Information, early indications suggest that the Russian Federation carried out the attack. “This is not the first time or even the second time that Ukrainian internet resources have been attacked since the beginning of Russian military aggression,” the ministry said in a statement.

The Ministry of Culture and Information Policy suggested that the references to Ukrainian ultranationalist groups in the message were an attempt by hackers to mask the “Russian footprint”. The ministry added that “it is obvious that this was done on purpose to cast a shadow over the hacker attack on Poland: Russia and its representatives have been working for a long time to create the quarrel between two friendly neighboring countries.”

Hackers believed to be from Russia have targeted other parts of Ukraine’s infrastructure in recent years. In 2015, an attack took out . Since then, Russia has also been blamed for attacks on Ukraine and . The NotPetya cyberattack, by which in 2020, impacted the Ukrainian government and banking system, a state-owned energy distributor and an airport, as well as entities in Russia and .

The latest attack came as Russia deploys 100,000 troops to the Ukrainian border. Western allies fear Russia will re-invade Ukraine after its annexation in 2014.

Attempts by the US, NATO and the Organization for Security and Cooperation in Europe to defuse the situation in talks with Russia this week . Russia’s top envoy said the discussions had reached a dead end.

Although Russia has plans to attack Ukraine, said it could act if its demands are not met. Among them is the guarantee that Ukraine and Georgia will not join NATO.

Jens Stoltenberg, Secretary General of NATO, condemned the cyber attack on Ukraine. NATO has been working with the country for years to bolster its cyber defenses and that the two sides will sign an agreement on enhanced cyber cooperation in the coming days. As part of this, the country will have access to the NATO malware information sharing platform.