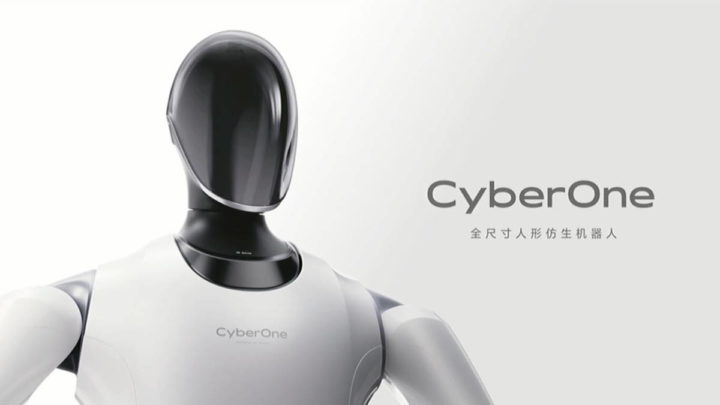 Xiaomi has always been a brand that likes to innovate and invest in new areas, although it often doesn’t bring all its proposals to the global market. Still, it shows its own technology that is the future of the brand.

In the presentation that took place yesterday, Xiaomi showed something completely different that shows what its future could be. She revealed CyberOne, her humanoid robot, who is said to be able to feel emotions.

As is normal at Xiaomi, its event brought together many different news and areas that are at the extremes of technology on the same stage. Of all the new proposals, the one that stood out the most was without a doubt CyberOne, especially for what it represents for the future.

This is Xiaomi's first humanoid robot and it already reveals a set of very interesting characteristics. Despite not revealing much about its specifications, the brand has shown that it weighs 52 kilograms and is 1.77 meters tall. It can move at 3.6 km/h and, among other things, it can hold things in its hand and walk.

Xiaomi's CyberOne moves thanks to a mechanical linkage module with a maximum torque of 300 Nm. As an interesting element, it has 21 points on which it can move freely, as shown in the presentation, with this robot crouching down and moving its arms.

According to Lei Jun, the CEO of Xiaomi, CyberOne also has a system called My Sense that allows you to detect emotions (joy, sadness, among others) and allows you to have a spatial view. On the head is an OLED screen whose colors change according to the context. 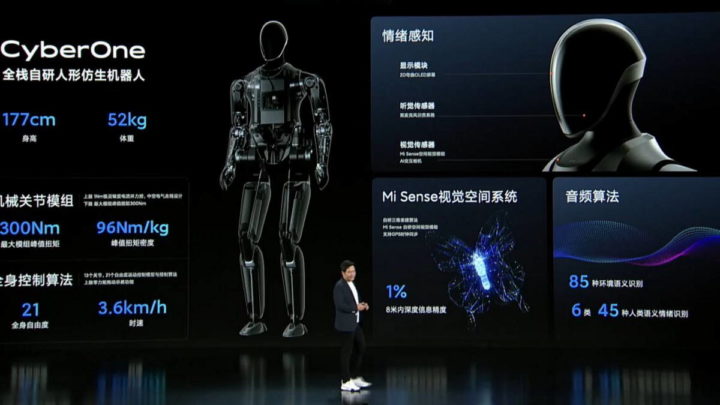 Something that can delay CyberOne's arrival on the market is its price. Although there is no estimate of dates (or years), some limitations are clear. The biggest one is in the production value, which is between 86 thousand and 100 thousand euros. So, for now, this robot is limited to Xiaomi.

One more category of Xiaomi products is thus reinforced. The brand already had CyberDog and now it has CyberOne. Even more interesting was to see that it managed to beat Tesla and present its proposal before it had revealed its Optimus, which should appear very soon.