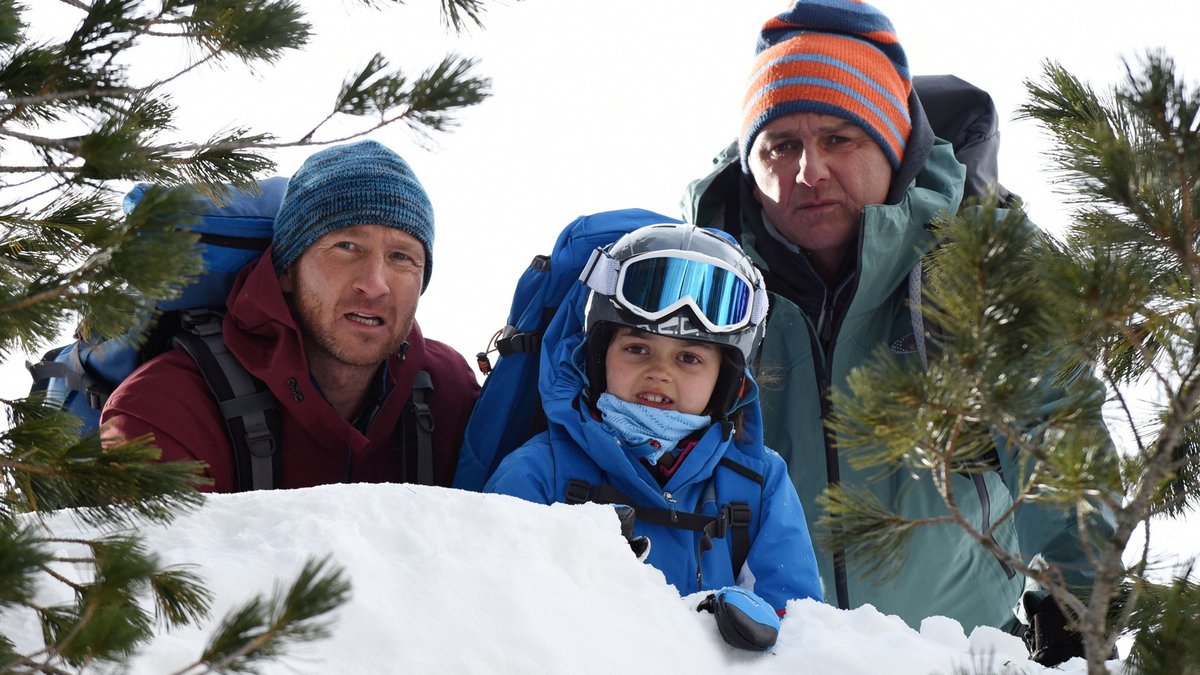 The 15th season of the popular ZDF series “Der Bergdoktor” starts on January 20th with the episode “Scheinwelten”. The start of a new season is traditionally the winter special, which will be broadcast a week before, on Thursday (January 13th, 8:15 pm). “We just want to give the new ‘Bergdoktor’ season a visually stunning start,” explained leading actor Hans Sigl (52) in an earlier interview with spot on news. And the deep snow-covered mountains of the Tyrolean Alps in “Cold Silence”, as this year’s winter special title, are indeed stunning.

Contents
This is what “Der Bergdoktor: Cold Silence” is all about What is Selective Mutism?Charismatic episode leading actresses (ili / spot)

This is what “Der Bergdoktor: Cold Silence” is all about

Dr. Martin Gruber (Hans Sigl) and his brother Hans Gruber (Heiko Ruprecht, 49) enjoy their vacation in the snow. Suddenly a frightened girl appears in front of her hut. It doesn’t speak, but it writes “help” in the snow. The brothers follow her through the deep snow and find a skier who has had an accident. Nina Dorfmeister (Katia Fellin, born 1992) went on a ski tour with little Flora Gassner (Yuna Bennett, born 2012). Despite her drowsiness, she urges Martin to take Flora home to her mother. Because Nina is not Flora’s mother, but seems to be attached to the nine-year-old. Martin is surprised that Flora doesn’t speak the whole way home.

When he hands the girl over to Viktoria Gassner (Susanne Wuest, 42), he experiences another surprise: Viktoria is upset about Nina and her daughter’s ski trip, which she didn’t know about. Martin carefully wants to draw her attention to Flora’s possible state of shock. Viktoria can, however, reassure him in this regard: Flora never speaks to strangers. The girl has “selective mutism” – she only speaks to her mother and grandpa Jakob Gassner (Martin Umbach, 65).

Martin pricks up his ears, especially since he senses that the little one seems to have confidence in him. Viktoria is also surprised when Flora asks to be able to thank Martin for the rescue. Can he perhaps help Flora after all therapies have failed so far? Martin doesn’t really know whether to get involved, especially since such a disturbance is not really in his area of ​​expertise. “I am a trained neurosurgeon, worked in New York for a while, and have been in Ellmau for some time with a general practice practice,” he explains. On the other hand, he notices that Nina’s fall was apparently the result of a loss of control in her legs, and he urges further investigations …

What is Selective Mutism?

The small flora in the film suffers from “selective mutism”. This is an emotionally conditioned psychological disorder in which the linguistic communication of the children and adolescents concerned is severely impaired. You only speak to specific people or in specific situations.

The two adult actresses in the episode should look familiar to crime fans. The Italian actress Katia Fellin – seen here as former ski star Nina Dorfmeister – played her role in “Tatort: ​​The time has come” (2020) in the Sunday crime memory. It was then hailed as a “discovery”. Last year, seven other productions relied on the native of Trento. Most recently she was in the miniseries “Der Palast” (2022, ZDF).

Sunday crime fans should also remember the Austrian actress Susanne Wuest. In the unusual Stuttgart crime thriller “Tatort: ​​Stau” (2017) she played the mother Tina Klingelhöfer, who was terrorized by her nine-year-old daughter and who was ultimately unmasked as the perpetrator. In the biopic “Max Schmeling – Eine deutsche Legende” (201o) she embodied the wife of the eponymous boxer, actress Anny Ondra (1903-1987) at the side of Henry Maske (58) and Heino Ferch (58). In “Das Sacher – In bester Gesellschaft” (2016) she was Sophie Stadler, the mother of the kidnapped girl, and she worked as a psychiatrist Lydia Suchanow in the miniseries “Parfum” (2018).

Most noticeable in the “Bergdoktor” winter special is probably the little girl with the big brown eyes. It is played by Yuna Bennett from Berlin. The fact that she delivers such an impressive acting performance is certainly also due to the fact that “Der Bergdoktor: Kalte Stille” is by far not her first film. The child actress was involved in four productions last year, including “Christmas Daughters” (2021, ZDF). She was seen for the first time in the movie “Dear Thomas” (2019) as the young version of Marion Brasch. And next Monday (January 17th) the next film with her will be broadcast: In the musical film “The Dancer and the Gangster – Love in Detours” (8:15 pm, Sat.1) she plays little Matti – at the side of the singer and leading actress Sarah Engels (29).