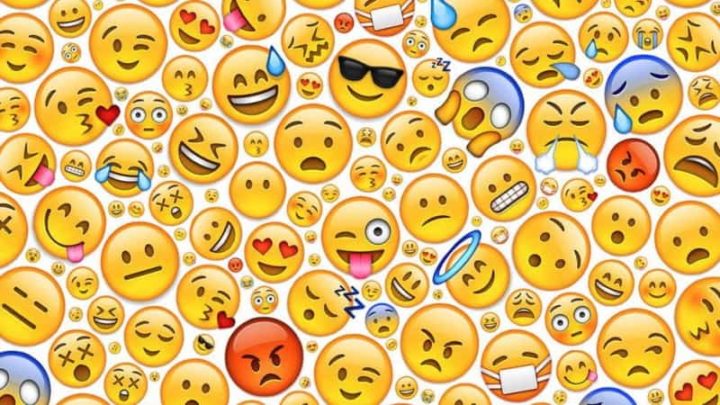 The list of emojis is getting longer and longer and if there are some that we use daily, there are others that we don’t even understand what they are for or what they mean. Still, if you have an idea for the next emoji, you can submit it and hope that, with luck, it makes it to the official list.

The process is slow and involves excellent argumentation skills.

In the midst of conversations, it is sometimes pertinent to insert a related emoji, which somehow translates what we are saying or represents the subject, or the reactions we are having. That way, the conversation becomes clearer and even more fun.

Currently, emojis are the responsibility of a non-profit group called Unicode Consortiumand are used in the daily exchange of messages by many people.

The number of options has increased and emojis are increasingly diverse and inclusive.

Apparently, any user can submit their proposal and, this year, the period for that opened in April and will close at the end of July. WIRED was realizing How to do it and guarantees a long process with a lot of paperwork to mix.

Have you ever thought about suggesting creating an emoji?

First of all, you should consult the emojipedia to ensure that the emoji you are submitting does not exist. In addition to this, you should also consult the list of pending and rejected requests from previous years – this is because a rejected emoji needs to wait two years before it can be proposed again.

To consider the emoji submitted, Unicode divides the selection into two categories: reasons for inclusion and reasons for exclusion. Therefore, it is crucial to justify the pertinence, as well as the various contexts in which the given emoji could be used, taking into account research data.

According to WIRED, the idea should be distinctive enough to ensure it is “visually iconic”. In the proposal, it should include combinations with other existing emojis that represent potential alternative interpretations. Incidentally, suggestions that express an idea that can be expressed with other existing emojis are excluded, according to Unicode. More than that, direct references to people or companies, for example, also do not have space in the emoji card.

It should be noted that Unicode is not adept at petitions or campaigns on social networks. In turn, it prefers that the proposals are built with quality, proving the real relevance of the emoji.

Regarding the visual representation, the user must ensure that the image he is using is original or in the public domain, requiring color and black and white versions, as well as specific formatting.

WIRED's suggestion is that, if you want to submit a proposal, study others that have had successensuring that you don't forget any element and submit a complete idea, with everything to reach everyone's smartphones.

Discover the most used emojis around the world: