when the MediaTek announced its new series of SoCs for smartphones the Dimension 9000 drew a lot of attention, but the company had also revealed the Dimension 8000, which promised to be a very strong model in the mid-range segment. The company hasn’t said much about the entry chip yet, but a new leak points out that it has a top-of-the-line Snapdragon-level performance.

According to a test carried out with the DT 8000 On test antutuand leaked by Digital Chat Stationthe model managed to present a total score of 820,000, which is quite impressive. By comparison, the Snapdragon 870which is older but its only competitor currently on the market, scores between 735,000-700,000 points depending on the amount of RAM.

But it is also possible to compare the Dimension 8000 how Snapdragon 888which is the high-end SoC model from Qualcomm of the last generation, which has a score between 880,000 and 750,000 depending on RAM memory. This means that the new mid-range chipset from MediaTek has enough power to be as attractive as an 888but possibly cheaper and with a lower energy consumption. 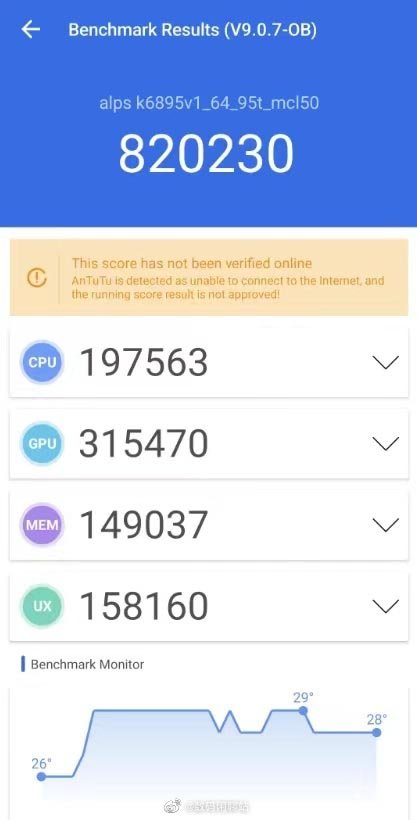 As pointed out by GSMArenaif this performance ends up being confirmed, the new Dimensity could become the new SoC king in cost-effectiveness. Leading to intermediate devices performances comparable to high-end devices and for a lower manufacturing cost, mainly due to the MediaTek be cheaper for manufacturers.

The portal also points out that this may not be the real power of the model, with the MediaTek just testing it, but, in the future, decreasing the performance a little. This is because the company will also launch the Dimension 8100which is an improved version of the 8000, this model should really perform at the Snapdragon 888.

In addition to the raw power of the device, in the test it is also possible to see the graphic performance of the model, which, with the new Mali-G510 GPU, achieved a total score of 315,000. This performance is comparable to Qualcomm SD 888 and 888+which managed a score of 325,000 to 300,000 in the graphics test.

There is still no official confirmation about the Dimension 8000 and 8100, since the revelation of the model, in November of last year, the manufacturer has not said anything more about it. According to some rumours, the models should be revealed next month.