Yesterday we talked about the new firmware update that DJI has released for drones Mavic Air 2 and Air 2S, which only fixes problems and doesn’t bring any new features. Now the company has released an update for the action camera action 2, which, unlike drones, comes with new stabilization modes, feature enhancements, and optimizations for your action camera system.

Released as version of firmware v01.02.10.10, the update is bringing several features and stabilization modes. The first novelty is the new real-time stabilization mode Steady (Stable), which reduces edge stretching during keystone correction to provide a wide FOV with less image distortion.

In addition, this new mode is optimizing the power consumption of the action 2 when it is being used, or when the Electronic Image Stabilization (EIS) is disabled. THE DJI is making this stabilization mode the new standard in the camera, allowing Shoot at up to 4K/60fps and becoming the most suitable mode for most scenarios. The DroneDJ portal made a comparison of the Steady like RockSteady, which was the standard in action 2 when it was released:

Which stabilization mode to use?

With this firmware update the DJI brought two new movie stabilization modes to the action 2, with this the model now has a total of four stabilization modes. The portal DroneDJ explained a little about what each one is different: 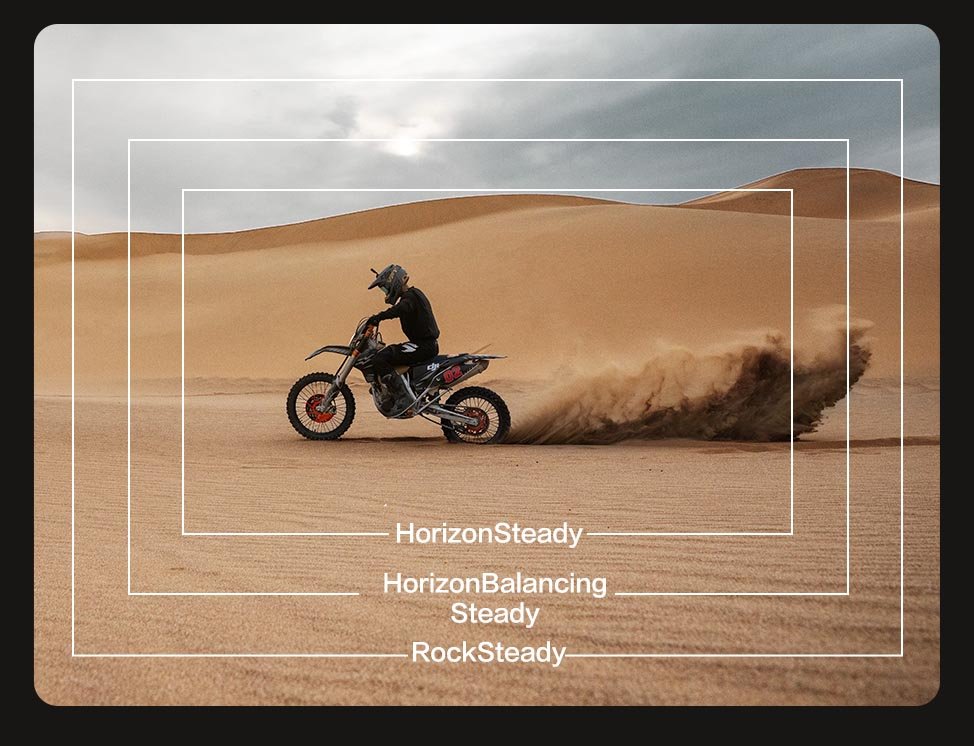 In this firmware update the DJI also brought some other improvements to the action 2, among the novelties that draw attention is the new low power mode during a timelapse, possibility of connect the DJI Mic microphone receiver to the Action 2 Front Touchscreen Module or the Power Module to start recording along with the link button on the transmitter and system and device energy efficiency optimizations.

You can read all the changes that are coming through the new firmware for the DJI Action 2 through from this link to an official company page.