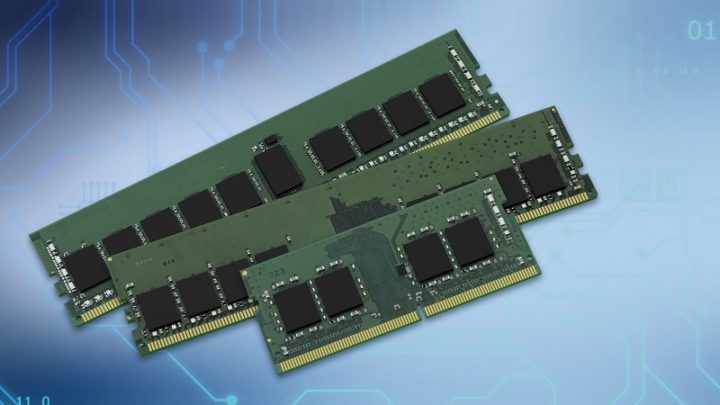 Ups and downs is definitely how the hardware market can be characterized, namely in terms of equipment stock and also in terms of market prices.

Proof of this is that the latest information indicates that the price of DRAM memories may drop by up to 10% between the months of July and September this year.

As in other segments, the DRAM memory sector is also going through a phase of instability. And the recent information indicate that these equipments may have a price drop of up to 10% in this third quarter, which comprises the period between the months of July and September.

These data are part of a report that was recently released by the consulting and market analysis company TrendForce. And in those reports it is mentioned that the causes for this drop in value are the low demand in this market and an increase in the existing stock on the part of traders. However, this percentage is higher than the previously estimated, which pointed to a drop in the price of these components between 3% and 8%. 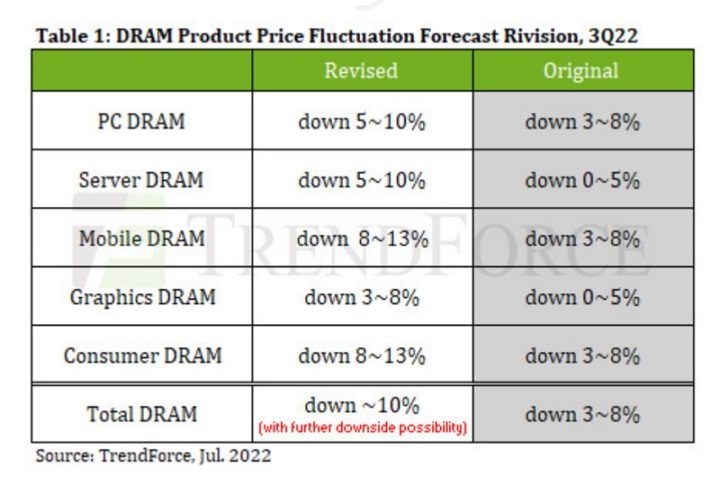 The details indicate that the segments where this drop seems to be more evident are DRAMs for mobile and consumer use. And in these two situations, the price can drop by up to 13%. As for the DRAM memory sector for PCs and servers, the estimated drop is between 5% and 10%, and the smallest price reduction is expected to happen in graphics DRAMs, with percentages between 3% and 8%. Thus, in total, a 10% drop in the global market price of this component is forecast.

Finally, the TrendForce study also indicates that the prices of these devices should continue to fall until there is a balance between supply and demand.