In rescue operations, any second can be the difference between life and death. In cases of landslides caused by rain, or avalanches, the more time passes after the disaster, the lower the chances of finding victims alive. For this reason, the Canadian company Robotics Center is developing the Echo SAR (Save and Rescue) technology, equipped with the ARTEMIS smartphone signal detection system to implement in drones.

Now, small drones like the FLIR R80D SkyrRaider and the SkyRanger R70 are able to fly with the technology to quickly access the accident sites. In this way, the drone is able to detect cell phone signal, even in places where there is no phone coverage, to find victims trapped in wreckage or buried. The Echo SAR is able to find, map and interact with victims’ cell phones. Even in places with no signal, it will be able to accurately map cell phones and send SMS messages to multiple individuals simultaneously. 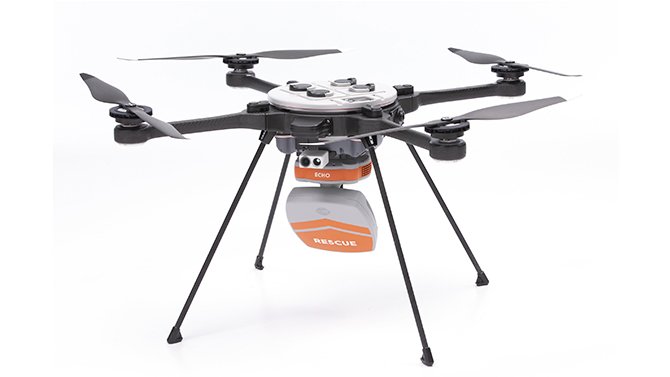 In the image above, you can see the R80D SkyrRaider drone equipped with the Echo SAR and ready for rescue. In addition, the technology is able to communicate with responsible authorities to speed up and improve rescue procedures.

The Robotics Center is currently testing the technology. Although the use of cell phone signal capture and the ARTEMIS system for rescue and rescue operations are not new. this is the first time small drones are implemented with the technology.

The use of such drones promises to speed up rescue operations in hard-to-reach places. The R80D SkyRaider, for example, is able to fly over landslide sites with much greater proximity and will be able to more accurately identify buried cell phone signals. Here, we hope that the tests are a success and the technology is quickly commercialized around the world.

Thus, accidents involving landslides and landslides will have a greater chance of having a smaller number of victims.