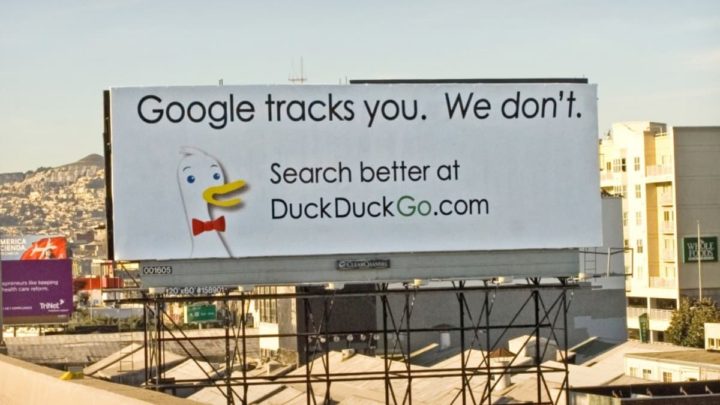 DuckDuckGo is an American search engine popular for its strong focus on user privacy. However, as it seems, the stain falls on the best cloth. A report presented now calls into question the company’s privacy focus over a deal with Microsoft. The cooperation allows the Redmond company to continue to follow users on the platform.

The platform is reputed to block monitoring software from Google and Facebook, among others. But now it has been discovered that Microsoft is supposed to have a “green road”.

As reported by Bleeping Computer, security researcher Zach Edwards posted on Twitter that "while DuckDuckGo blocked Google and Facebook locators, it allowed Microsoft locators to continue to work."

You can capture data within the DuckDuckGo so-called private browser on a website like Facebook's https://t.co/u8W44qvsqF and you'll see that DDG does NOT stop data flows to Microsoft's Linkedin domains or their Bing advertising domains.

Tests have shown that the browser allows for software monitoring related to Bing and LinkedIn domainsbut blocks all other locators.

Edwards' thread caught the attention of DuckDuckGO CEO Gabriel Weinberg, who said the browser intentionally allows Microsoft's locators to be third-party sites due to a search syndication agreement with Redmond.

When you load our search results, you are completely anonymous, including ads. For ads, we work with Microsoft to protect ad clicks. From the public announcements page, 'Microsoft Advertising does not associate your ad-click behavior with a user profile'.

For non-search locator blocking (e.g. in our browser), we block most third-party locators. Unfortunately, our Microsoft search syndication agreement prevents us from doing more with Microsoft properties. However, we have been pushing continuously and hope to be doing more soon.

Although it doesn't seem very important since, technically, users are not followed, DuckDuckGo's focus on privacy puts the company's vision in jeopardy. Either the company cross-secures everything about privacy, or it doesn't offer privacy.

After Bleeping Computer published the tweets, DuckDuckGo sent a statement to the publication where it was said that it will be clearer with the Microsoft partnership and that it will continue to improve users' right to privacy:

We've always been very careful never to promise anonymity while browsing, because that's frankly not possible, given how quickly locators change the way they work to evade the protections and tools we currently offer (...).

What we're talking about here is an above and below protection that most browsers don't even try to do - that is, blocking third-party tracking scripts before they are loaded on third-party websites. Because we are doing this where we can, users are still getting significantly more privacy protection with DuckDuckGo than if they were using Safari, Firefox and other browsers (...).

Our goal has always been to provide as much privacy as possible in a single download, by default without any complicated settings.

In short, what is said is that total privacy is a utopia, and what you see is a kind of "more or less" privacy.