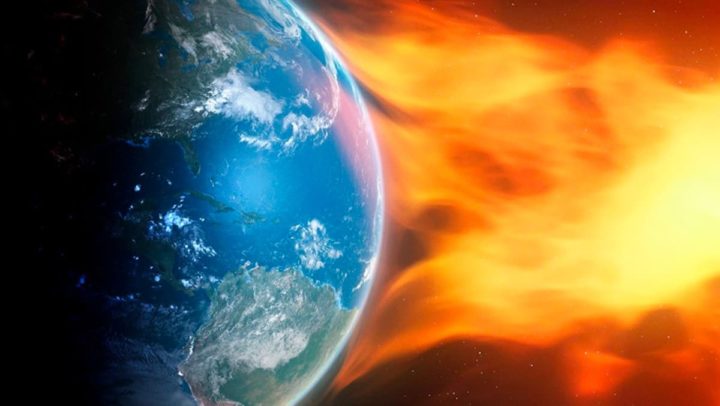 We don’t really live in peaceful times. There is talk of extreme drought, war, fires, economic crises and even in space our star insists on lashing the planet with solar winds that surprise the scientists who study these phenomena. The most recent case was that of a solar storm that hit Earth this past weekend. Without warning, the winds “hit” our planet in a totally unexpected way.

Contents
Earth took an unexpected slap more than 600 kilometers a secondBut how was this impact of the solar winds on our planet detected?Solar storm classified as G2

On Sunday, Earth’s magnetic field was hit by a current of solar wind that reached speeds of more than 600 kilometers per second.

As we have already mentioned, our star is in its 25th cycle and, when it started, researchers warned that this new 11-year period would not be as calm as the last one that ended in late 2019.

Some events, such as the M4.4-class solar flare, or the X-class flare, which occurred in 2021, show the current activity on our star. By the way, we saw that last week a G1-class storm was forecasted. According to NOAA, this event, which reached us on August 3rd, did not cause any problems and its origin was due to a hole in the sun, as explained here. 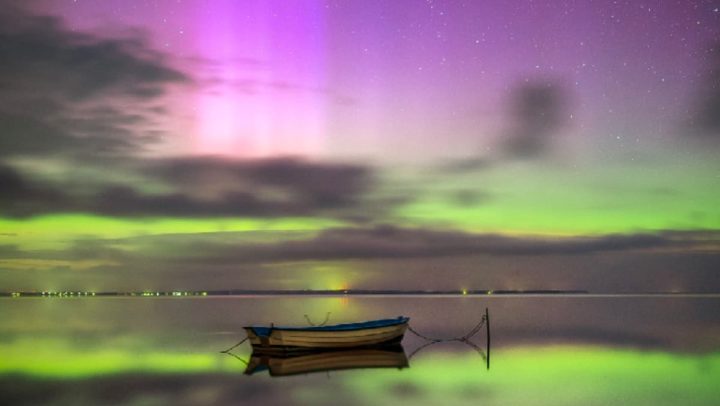 Earth took an unexpected slap more than 600 kilometers a second

Without warning, the Earth was hit last Sunday by a strong gust of solar wind. While this isn't terribly alarming – solar storms often hit our planet and trigger spectacular auroras – the strange thing is that this storm was totally unexpected.

This event was not in the forecast, so the resulting auroras were a surprise.

The solar wind occurs when a stream of highly energized particles and plasma can no longer be held back by the Sun's gravity and erupts towards Earth. As it is still largely unknown how our Sun works, these emissions are believed to come from large bright spots on the Sun known as “coronal holes”. These events that occur on the star have been watched for a long time and there is a great job of monitoring here on Earth. 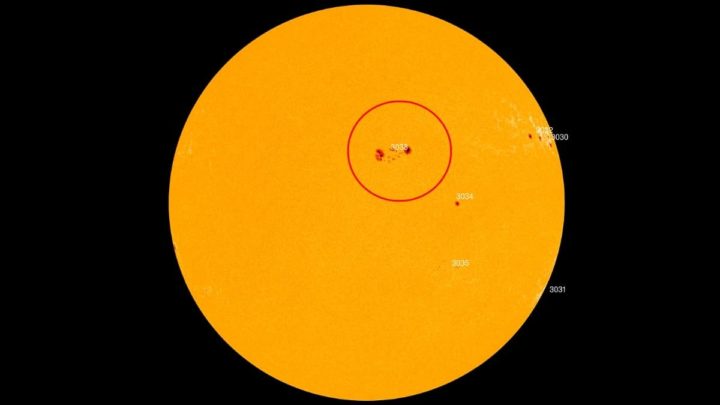 Through this attention to holes, scientists have been able to create 'predictions' of space weather. They can already predict when these solar storms or solar flares - also known as coronal mass ejections (CMEs) - are coming our way. In addition, you can already see how powerful they will be.

However, that doesn't mean that the Sun doesn't surprise us and hit us without warning like it did over the weekend.

But how was this impact of the solar winds on our planet detected?

Earlier Sunday, NASA's Deep Space Climate Observatory (DSCOVR) noticed light flows of solar wind, which increased significantly and unexpectedly throughout the day. The cause of this solar storm is still unknown, but SpaceWeather speculates that it may have been the early arrival of the solar wind that is expected to come from an equatorial hole in the Sun's atmosphere two days later. Or it could have been a lost coronal mass ejection (CME).

Today, the active sun is producing so many small explosions that it's easy to ignore faint CMEs heading towards Earth.

That's how he described the SpaceWeather service. 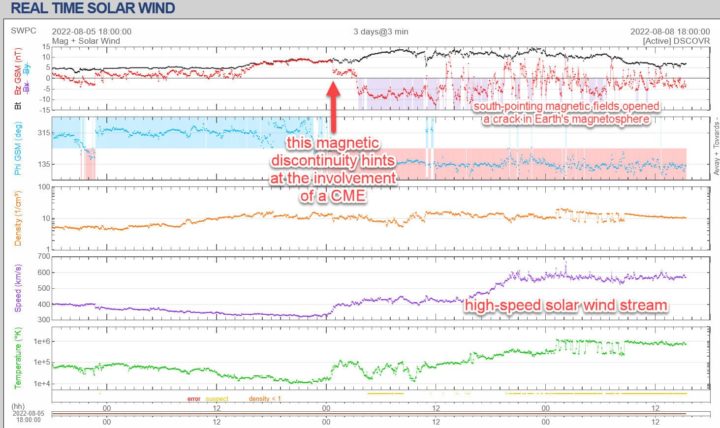 It is interesting to note that as of today, August 9, the high-speed solar wind continues to beat the Earth's magnetic field, with records showing that the speed reaches 551.3 kilometers per second. This new "attack" on our natural shield started this morning at 5 am.

The good news is that the solar wind is not harmful to us here on Earth. This is because we are safely protected by our planet's atmosphere.

However, when the "clash" is strong, our technologies can suffer from it. That's why people talk about, and we've already seen, problems with telecommunications satellites and, in extreme cases, with electrical networks. 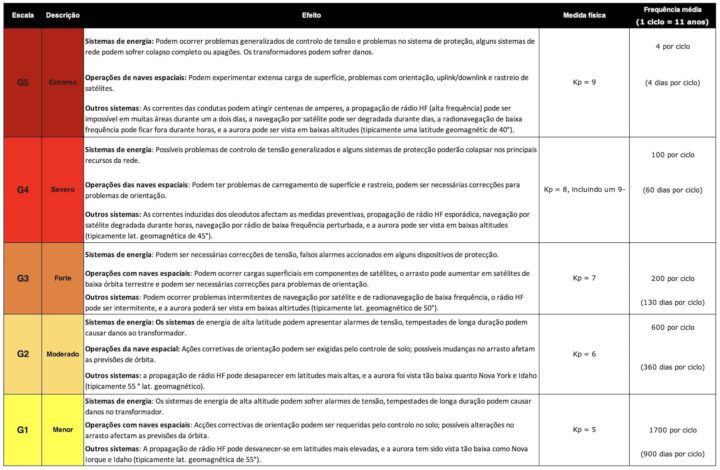 It is true that it is already starting to be a routine. This is because this year is being, particularly, a year with several events of this kind. However, as mentioned above, these 11 years of the 25th solar cycle will not be peaceful.