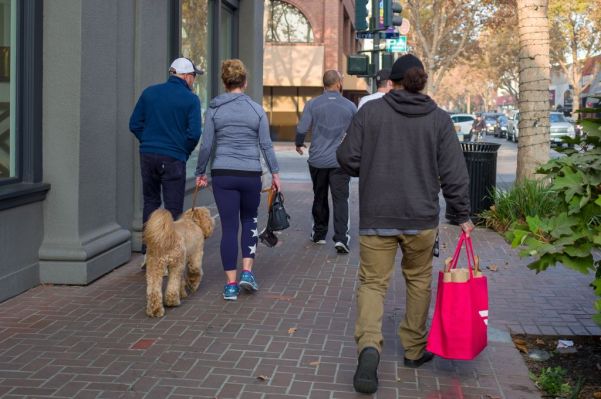 Deskless workers have become a big focus for tech companies looking for new opportunities in the B2B market, and today a startup focused on this segment with e-learning tools is announcing a funding round to drive its own growth.

EduMe, a London startup that provides online corporate training and education in the form of “microlearning” modules that companies build themselves – aimed at fast-scaling tech companies and others that deal with large numbers of workers or partners that typically do not work in the same physical environment. location as the business itself – raised $20 million in a Series B round. The company plans to use the funding to expand its US business after seeing decent growth to date.

Prosus and Workday Ventures (Workday’s strategic investment arm) co-led the round with Valo Ventures, which led EduMe’s Series A, also participating. The Workday investment is notable because it shows that the HR platform is eyeing how it can be doing more in corporate learning and targeting deskless workers in particular (both would be natural complements to its current platform), and this could lead, more broadly, to , for some mergers and acquisitions in the future. Meanwhile, EduMe sees growth opportunities in making eLearning easier to use in a broader IT context.

“The ecosystem of how you serve the deskless worker is changing,” Jacob Waern, CEO and founder of EduMe, said in an interview. “They don’t want to have ten apps, so we’re looking at integration with CRM and other platforms to deliver connected content to workforces.”

For Prosus, this is one of the many bets it is making on edtech: today it also announced that it was leading a big round for the online tutoring platform GoStudent, targeting younger users and consumers.

EduMe’s focus on homeless workers, a market that was once marginalized but has now become popular, reflects the startup’s own DNA.

Was originally hatched in Millicom, a telco focused on emerging markets (currently in Latin America; historically in both Latin America and Africa), with the service originally intended to provide e-learning to telco’s customer base. Over time, Waern (who was at Millicom and built the service there) saw that he was gaining more traction with companies, not consumers or individual merchants, and so the decision was made to spin off the business to fold that opportunity into a set. broader range of markets that also included developed countries. (Millicom has no stake in EduMe, Waern said.)

EduMe found early adopters among target verticals like ridesharing and delivery companies that were scaling fast and needed ways to communicate with these different teams. Over time, it also added logistics companies, mobile network operators, retail, hospitality and healthcare. It currently has around 60 global customers, including Gopuff, Doordash, Airbnb, Deliveroo, Deloitte, Uber and Vodafone. EduMe is not disclosing its total number of users, learning modules used or other metrics; nor is discussing evaluation.

The startup’s growth reflects what has been a larger trend in the B2B tech market. Deskless workers have traditionally been ignored in favor of the so-called knowledge worker segment – ​​mainly because knowledge workers, sitting at computers all day, represented an obvious target and ready to buy and use online learning tools. Simply put, it has always been easier to build and sell to these users.

All this has changed a lot in recent years. More importantly, the evolution has been precipitated by advances in mobile technology and cloud computing, where now everyone (knowledge workers or not) is using a smartphone to do their work, with much faster wireless networks and with apps that have been designed to be used on the go and on smaller screens.

More recently, the Covid-19 pandemic has accelerated this change: remote work is now the norm for everyone, and this has helped to democratize solutions for working for a wider variety of people. Waern said his company estimates that, in fact, about 80% of the world’s workforce can currently be considered deskless.

The rise of remote work has also fueled the growth of something else. As people can’t or simply don’t work in common physical spaces anymore, online learning tools have become a central – sometimes the most important – way for companies to communicate with their teams, using them not just for training, but for integration and professional development.

The growth of this trend has translated into very large deals. The largest enterprise learning market is estimated to be valued at $250 billion in 2020. balloon to nearly $458 billion by 2026, accelerated growth caused by the pandemic and long-term changes in business and consumer habits.

EduMe believes its only selling point in the market today is its focus on remote, deskless workers, but it is far from the only player in this space and will therefore face stiff competition. Other startups that have raised big rounds to fuel their own corporate learning ambitions include 360Learning, LearnUpon, Go1 and Attensi. LinkedIn also has considerable interest in this space.

“The pandemic has changed the way we work in ways we could never have imagined, and with it, there is an immense need to support fast-growing industries where employees may not have a traditional desk,” said Mark Peek, Managing Director and Chief Executive Officer. , Workday Ventures, in a statement. “We support EduMe because of its innovative training and learning platform that helps organizations navigate change and grow while serving an ever-expanding homeless workforce.”