It’s easy to forget that Microsoft used to trip over often, especially when you look at its gaudy $2 trillion market cap today. Around 2010, four years before Satya Nadella succeeded Steve Ballmer as CEO, the company almost completely lost the mobile boat.

When Nadella took over as CEO eight years ago, his mission seemed to be to make sure the company didn’t make the same mistake with the cloud. One way to do this would be to throw money at the problem and just buy the companies to ease the way.

Since its founding, Microsoft has acquired 250 companies, according to Crunchbase databut most of the biggest businesses, totaling $5 billion or more, came during Nadella’s tenure. The two exceptions were Nokia and aQuantitativeboth took place under Ballmer, and neither worked very well.

The three biggest, including Activision’s $69 billion deal announced in January, LinkedIn’s $26 billion deal in 2016 and last year’s $20 billion purchase of Nuance Communications, all happened with Nadella in the office. central.

The challenge for Nadella and Microsoft in the coming years will be to navigate increasing regulatory oversight while working to keep the company broadly diversified.

Microsoft has long had the resources and capability to handle a number of big deals, as Jared Spataro, corporate vice president of Office 365, pointed out in his TC Sessions: SaaS interview last year: “The context for Microsoft was our ability to of developing several, very large companies that ran in parallel. So this idea that we had several billion-dollar-plus businesses [like the] Windows Business and Office Business… Even a Server Business Associated with Productivity [certainly helped].”

These resources grew dramatically as the company’s market value soared. Consider that since covering Nadella’s five-year anniversary in 2019, the company’s public market value has grown from just over $800 million to over $2 trillion. This kind of growth offers a lot of options, which Nadella certainly took advantage of. 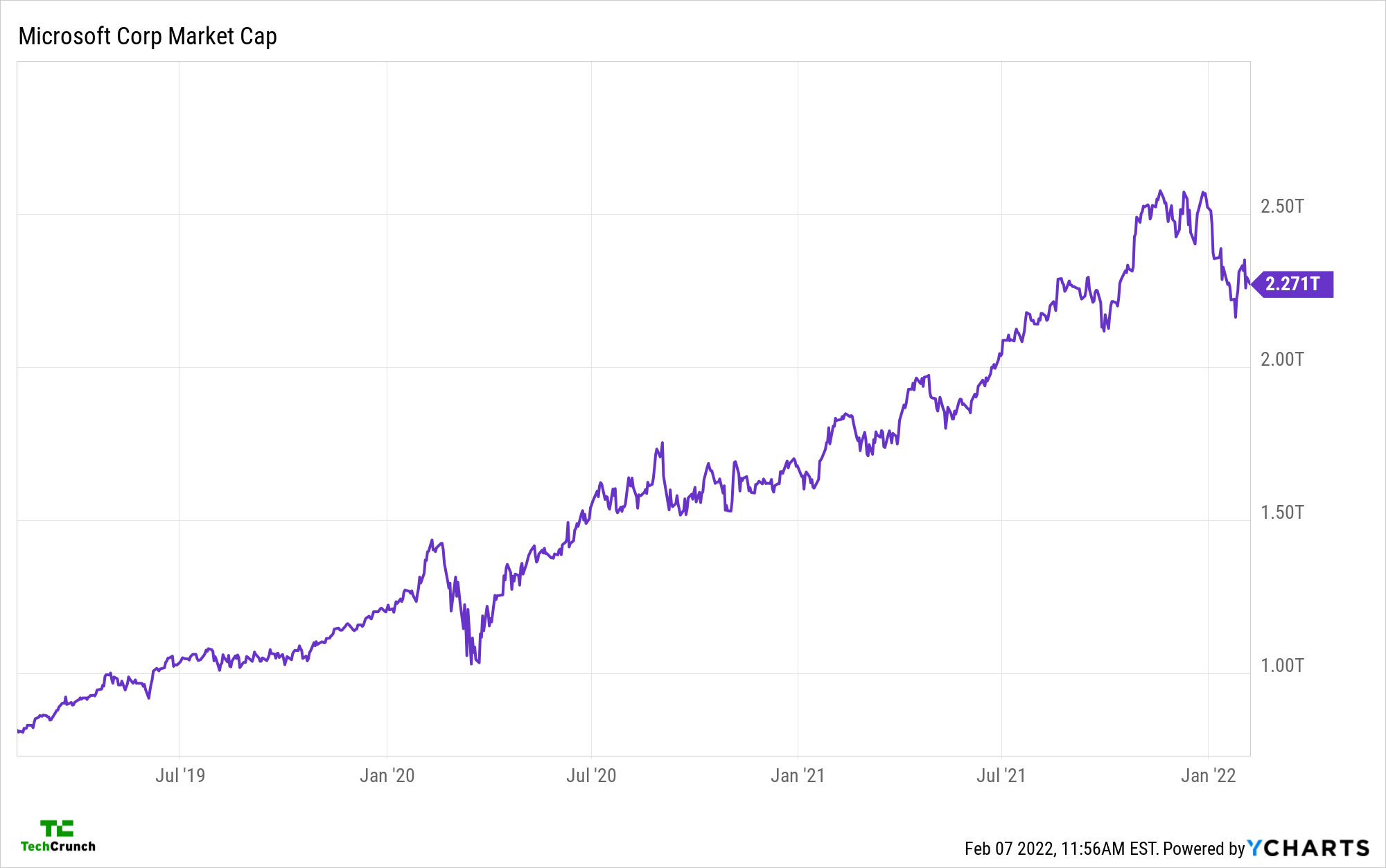