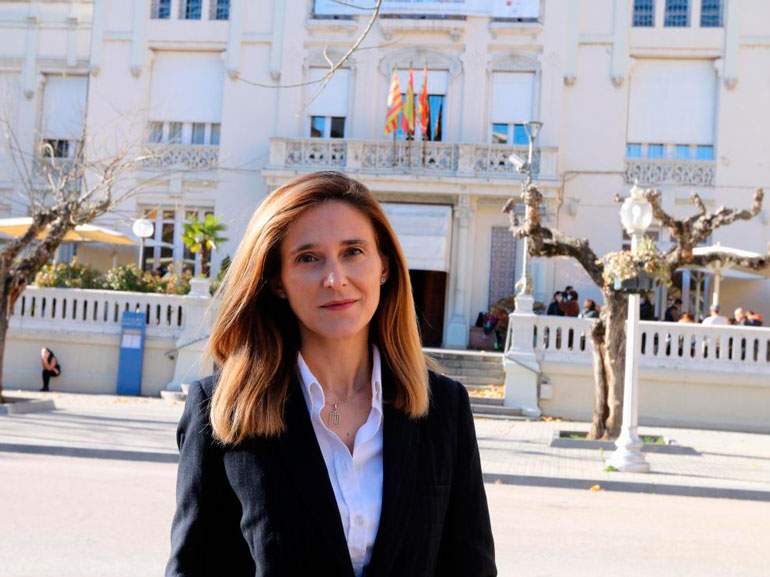 The journalist Elena Puértolas Puértolas, born in Huesca in 1977, has been appointed new director of Diario del AltoAragón, by agreement of the Board of Directors of the publishing company. For the last five years she has served as deputy editor of this newspaper, since she joined in January 2017.

The new director has developed practically her entire career in the province, where she has always wanted to practice her profession. She is the first woman to assume the leadership of Diario del AltoAragón, a position held by Antonio Angulo Araguás from its foundation in 1985 to 2011, and then Javier García Antón for ten years.

Until her arrival at this newspaper, she worked for 17 years at “Heraldo de Aragón”, where she was section chief in Huesca from 2008 to 2016. Previously, she collaborated for years in the Huesca magazine 4Esquinas and was hired by the advertising agency BC Communication at the end of the degree. Between 2000 and 2001, she worked at Radio Sobrarbe, a task that she combined with the Heraldo correspondent in that Pyrenean region, where her family originates from and to which she feels closely linked.

Graduated in Journalism from the University of the Basque Country, she received a doctorate in Information and Documentation Systems from the University of Zaragoza, where she obtained the Advanced Studies Diploma. She is an Expert in Aragonese Philology from the same university, obtained the Certificate of Pedagogical Aptitude and also served as a local writing teacher in a Master’s Degree in Journalism. In addition, she is an advisor to the Audiovisual Communication area of ​​the Institute of Alto Aragonese Studies (IEA). She is a member of the Association of Business Women of the Province of Huesca (Amephu).

During her five years as deputy director, she has contributed to promoting renewal processes in the newspaper with a clear commitment to digital publishing, which has undergone a great transformation. Now, he assumes the management with the challenge of continuing to advance in that line, as well as in continuous improvement. With his appointment, the Board of Directors maintains its vocation of service and its commitment to work for and for the province of Huesca with quality journalism and close to citizens.

Upon her arrival at the newspaper, Elena Puértolas launched the weekly section #contraladepoblación, a pioneering initiative in the media, with the aim of changing the focus on the phenomenon to put the accent on projects and, above all, on people who live and who contribute to the socioeconomic development of the province. Although there is talk of depopulation, these pages always have a face. For this series of reports, for his contribution to reflecting the importance of keeping peoples alive to preserve the landscape, he received the XXI Félix de Azara Award of 2018, in the category of Social Media, awarded by the Provincial Council of Huesca.