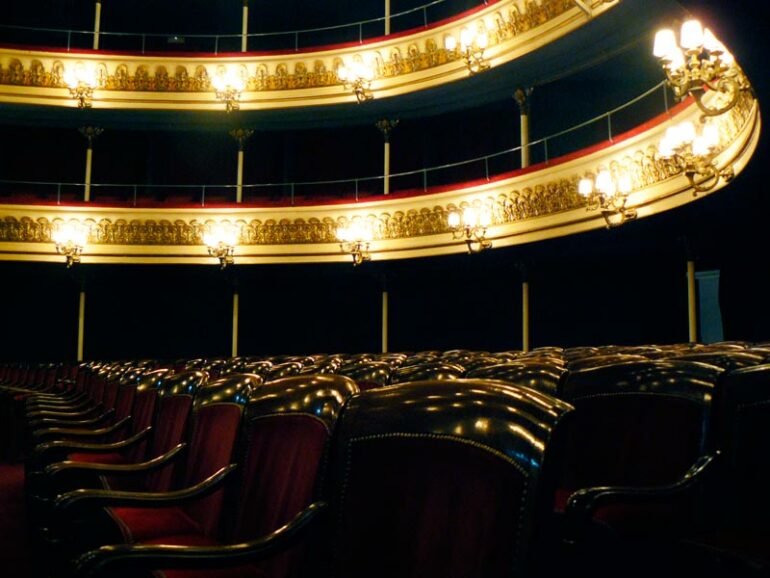 The cycle “Tertulias en la Jota” faces a new appointment this Tuesday, December 14 at 8:00 p.m. in the hall of the Principal Theater, where tribute will be paid to Jesús Gracia (1922-2005), the best singer of the second half of the century XX when one hundredth anniversary of his birth is celebrated. The conferences, which are in their second season, are an initiative of the Municipal Board of Performing Arts and Image and the Zaragoza City Council, which aim to bring together, around a round table, a cycle of activities, on a monthly basis, whose objective is the study of the jota, of Aragonese folklore, and of all the initiatives aimed at promoting both knowledge.

The activity is directed and conducted by Manuela Adamo, dancer and choreographer, and by Javier Barreiro, professor of Spanish literature and author of an extensive work on popular culture, especially music and folklore, in its most varied styles . On this occasion, in addition, during the event, the singer Beatriz Bernad and the singers Jesús Gimeno, Fernando de la Natividad, Vicente Olivares and Nacho del Río, will interpret, under the chords of Vicente Badules’ guitar, some tunes of the famous Aragonese jotero.

Javier Barreiro will interview the daughter of what is considered the greatest representative of the jota sung in the second half of the 20th century. With no joteros antecedents in his family, although he did in Lécera, where he was born on November 24, 1922; He sang as a child at the Colegio de La Salle, but the Civil War interrupted that early vocation. After the war, despite the fact that he liked rancheras, he took some class with the teacher Badules and Pascuala Perié and the teacher Cebollero, who suggested that he study with him; The good harmony that was breathed between student and mentor, led to continued training, despite the fact that, according to his testimony, Jesús Gracia was a self-taught singer and learned, above all, by listening to José Oto.

Married to another great singer, Piedad Gil, from 1944 on, his successes have been overwhelming. He was the winner of the First Prize in 1945 and of the Extraordinary, three years later; in 1959, he was champion of champions. After nine years without participating, in 1959 he obtained the title of Champion of Aragon in his first call. He did not compete again, although many other prizes were awarded to him, such as the Gold and Brilliant Insignia from the Casa de Aragón in Madrid (1960), the Santa Isabel de Portugal Award from the Zaragoza Provincial Council in 1972. He is a Favorite Son de Lécera and Gold Medal from the Aragonese Artistic Group (1989).