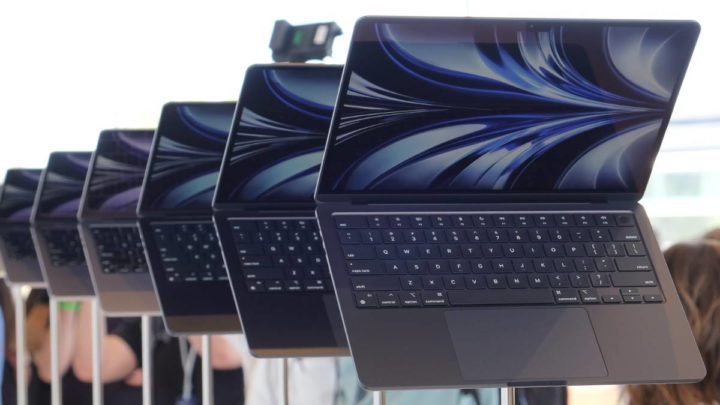 The arrival on the market of the new MacBook Air with the new SoC M2 came to show that Apple is again at the top. These are notebooks that stand out and show how the brand’s new proposal will dominate the market.

Something that is now emerging is the first analyses, with all the hardware being detailed and evaluated. Something that was discovered in these same tests could change a lot. Apple seems to have found a way to power the MacBook Air with M2 infinitely. Come and find out how it is possible.

Apple manages to have an attention to detail and to detail far superior to that of other companies. From the moment of design to the final product, there is an above-average care, which the company has tried to maintain over the years.

This care seems to have some shortcomings, as you can see with the new MacBook Air. It's just a detail, but it certainly wouldn't have happened a few years ago. Apparently Apple can give infinite power to the MacBook Air with SoC M2

When you plug this new computer's power cable into the USB-C port and the MagSafe plug, something unexpected happens immediately on the new Apple computer. The MacBook Air starts charging, creating an infinite loop that lasts for a long time.

This little trick is really associated with something that Apple will have to solve. It was something that quickly spread virally on the Internet, to show this Apple flaw in its new MacBook Air, something that was not found in other models.

This is not a unique behavior and has been seen several times in other systems. Apple should solve this ridiculous situation in a future update, which will detect these connections and realize that it is not a normal load.

In the past, we had situations where, for example, the batteries ended up charging above 100, as happened with Windows. It was all just a software glitch and it was resolved simply and very quickly.