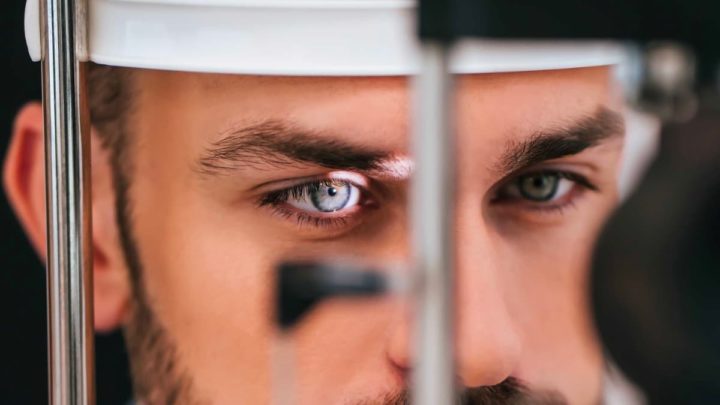 Science and technology are achieving results to extend people’s lives for more years. However, there are other achievements to be made along the way. Among them, the resolution of diseases, such as cancer, or disabilities that affect the human being. In that sense, a team of scientists developed a collagen protein implant from pig skin and the results were amazing. The 20 people subjected to this experience regained their sight.

Bioengineering will be able to answer a large number of problems that still diminish human capabilities.

A scientific team has developed a pigskin collagen protein implant that resembles the human cornea, and in a pilot study, the technique was able to restore vision to 20 people with diseased corneas, most of whom were blind before receiving the implant.

The work, carried out jointly by researchers from Linköping University (LiU) and LinkoCare Life Sciences AB, both in Sweden, was published in Nature Biotechnology. According to the authors, these are "promising results that bring hope to those suffering from corneal blindness and reduced vision."

The aim, they say, is to provide a bioengineered implant as an alternative to transplanting donated human corneas, which are in short supply in countries where they are most needed.

The results demonstrate that it is possible to develop a biomaterial that meets all the criteria for use as a human implant, which can be mass produced and stored for up to two years and thus reach more people with visual impairments. 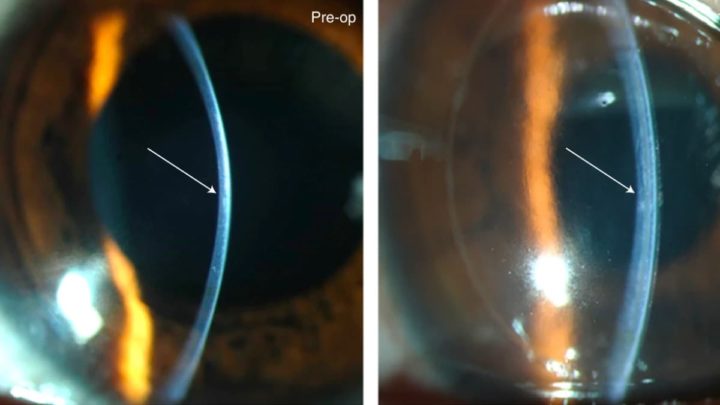 An estimated 12.7 million people worldwide are blind because their corneas, the clear outer layer of the eye, are damaged or diseased, so their only way to regain sight is to receive a corneal transplant. from a human donor.

However, the numbers reveal the difficulties. Only one in 70 patients receives this transplant. In addition, most people in need live in low- and middle-income countries, where access to treatment is very limited.

We have made significant efforts to ensure that our invention is widely available and accessible to everyone, not just the wealthy.

Said Mehrdad Rafat, professor at LiU, founder and CEO of the company that makes the bioengineered corneas used in the study.

What does this "miraculous" cornea contain?

The cornea is primarily made up of protein collagen. To create an alternative to the human cornea, the researchers used collagen molecules derived from pig skin, highly purified and produced under stringent conditions for use in humans. The pork skin used is a by-product of the food industry, making it readily available and economically advantageous, according to the researchers.

In the process of building the implant, the team stabilized the loose collagen molecules into a robust, transparent material that could withstand manipulation and implantation in the eye. Although donated corneas must be used within two weeks, bioengineered corneas can be stored for up to two years before use.

The researchers also developed a new minimally invasive surgical method, in which a small incision is made through which the implant is inserted into the cornea and no stitches are needed. 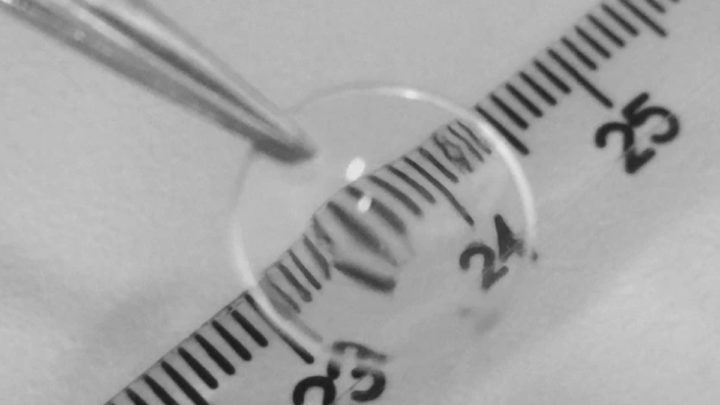 The surgical method and implants have been used by surgeons in Iran and India, where many people suffer from corneal blindness and reduced vision, but where there is a significant lack of donated corneas and treatment options.

Twenty people who are blind or about to lose their sight due to advanced keratoconus - a condition in which the cornea becomes so thin that it can lead to blindness - participated in the pilot clinical study and received the biomaterial implant.

The operations were simple, the tissue healed quickly, and an eight-week course of immunosuppressive eye drops was enough to prevent rejection.

Before the implant can be used in the healthcare context, a larger clinical study is required, followed by approval by regulatory authorities.

Patients were followed for two years and no complications were observed during this period.

Keratoconus is a condition where the cornea sticks out like a cone. The name comes from the Greek (keratokonus) which literally means “corneal cone”.

In terms of symptoms, it is unclear why keratoconus appears in certain individuals, but it is known to cause symptoms due to both the deformed shape of the cornea and the scarring that occurs at the high points of the deformation.

Keratoconus symptoms usually start as normal blurred vision that is not very different from the blur that occurs in common refractive errors or astigmatism. The most striking symptom of keratoconus, however, is ghost images scattered around an object. This can also appear in the form of stretch marks or dilatation distortions and is often accompanied by sensitivity to bright lights and occasional itching.