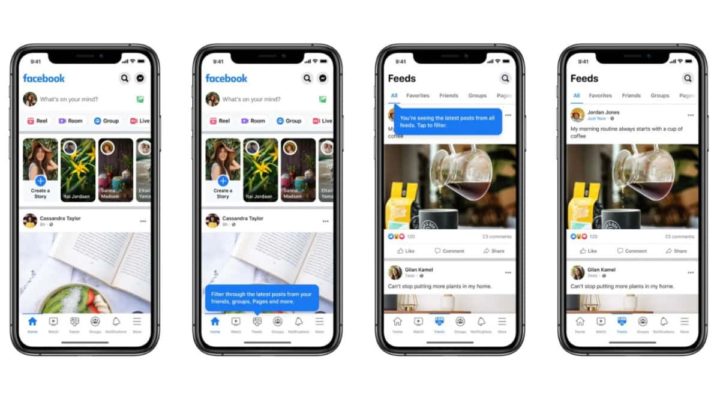 Although chronological feeds take users back to the beginnings of social networks, the truth is that they are the preference of many. After Instagram introduced this option, it is now known that Facebook must be following in its brother’s footsteps.

Posts from friends and family will be featured again.

As CNBC advanced, Facebook is launching a new feature that allows users to view posts in chronological order, instead of content being selected by an algorithm, as was the case until now.

The feature called Feed is a tab dedicated to the latest posts from users' friends – similar to the one that was recently introduced on Instagram. The main feed will adopt the name of Home and will be, as it happens now, defined by the algorithm that takes into account the habits of online users.

One of the most requested features for Facebook is ensuring that people don't miss friends' posts. So today we are launching the Feeds tab, where you can see posts from your friends, groups, Pages, in chronological order.

Announced the CEO of Meta Mark Zuckerberg, in a Publication on Facebook.

Facebook has announced several feature updates, which, according to CNBC, are motivated by the pressure exerted on Mark Zuckerberg by Meta. After all, the company has lost several executives, such as COO Sheryl Sandberg and CTO Mike Schroepfer.

Twitter has a feature similar to this one that Facebook has reclaimed that allows people to see posts as they are published, the most recent Tweets.