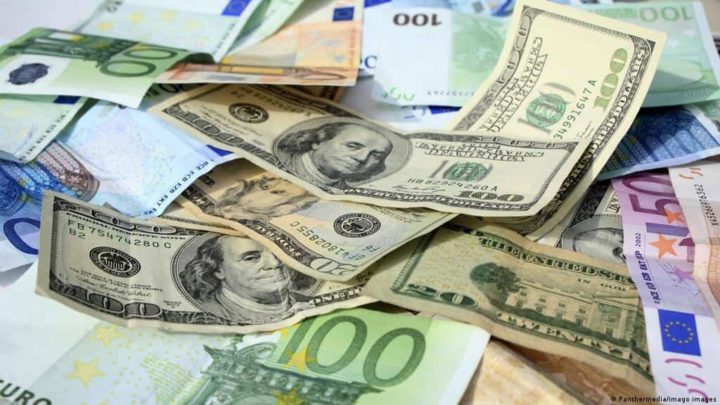 Today, and after being devalued for several months, Europe woke up with its euro being worth the same as the dollar. To find a similar economic scenario, it is necessary to go back to 2002, when the currency of the Old Continent was worth even less than the American currency.

The war in Ukraine is greatly affecting the European economy.

According to Bloomberg, as the US economy collapsed during the 2008 global financial crisis, one euro was worth about 1.6 times the US dollar. However, with Europe's exposure to the war in Ukraine, motivated by Russia, and the delay of the European Central Bank (ECB) in raising interest rates, this scenario has changed significantly.

If a few days ago there was talk of the possibility of the two currencies meeting, with experts guaranteeing that it would happen this summer, today, the world woke up to the news. At the time of writing this article, one euro is equivalent to one US dollar, something that has not happened since 2002.

according to The Guardian, this fall in the euro is related to the fear that investors have of the energy crisis in Europe. The same newspaper reports that analysts at the Japanese bank Mizuho said that the parity is happening, because “the recession in the euro zone is fixing prices”.

The ECB is playing while the currency burns, causing worse inflation and more misery for the population. It's time for a walk of emergency meetings to show they're serious - the market just doesn't believe in the ECB anymore. Inflation above 8% and interest rates that are still negative... it's crazy!

With inflation on the rise and no plans to control it, currencies are easy targets.

Shared Neil Wilson, the main market analyst of the Markets.com platform, adding that the ECB needs to take decisive action.

Bloomberg explains that the euro is “sinking” due to a series of factors that have accumulated in recent months, especially the war that Russia unleashed in Ukraine, which resulted in an energy crisis that is expected to be long and damaging. So right now, the ECB is trying to contain inflation and deal with the slowdown in the economy.

At the same time, the Federal Reserve of the United States of America (USA) is raising interest rates faster than the eurozone, so US Treasury yields are higher than European debt. . This encourages investors to move away from the euro, and results in them moving closer to the dollar.

Eurozone inflation fuels higher prices and makes imports more expensive. Indeed, in June, prices for European consumers increased by 8.6% compared to the previous year and, according to some policymakers, this weakness of the euro represents, in the medium term, a risk to the ECB's objective of reducing the inflation to 2%.