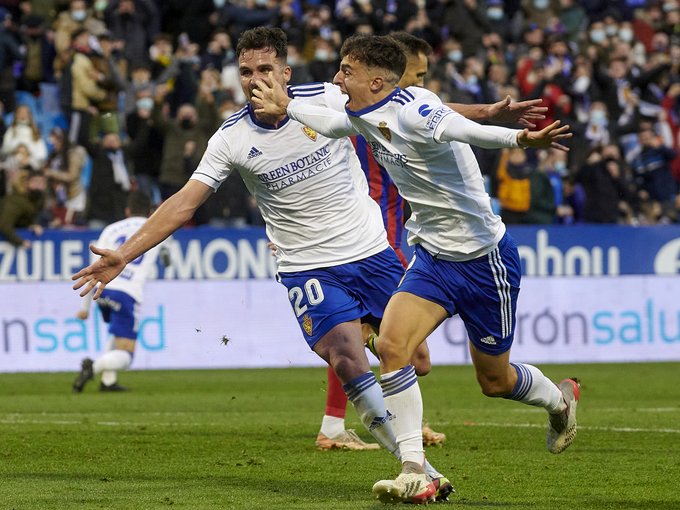 Once the match that gave victory to Real Zaragoza ended, the spotlight went to the most prominent men of Juan Ignacio Martínez. Francho Serrano and Alejandro Francés resulted in the formula of joy for a fans delivered at the municipal stadium of La Romareda. The two “F” that guide the way to achieve the third, that of football happiness.

That it is two homegrown players who have led the victory is significant. Francés was colossal, drying Stoichkov, probably the best attacker in the category. His work was vital, with a force little seen in a 19-year-old boy, and he was also crowned with the winning goal. The center-back took off the mark wonderfully, hooked the volley perfectly and the ball went to the back of the net.

Precisely who served him the candy was his compatriot Francho, who showed the good footing he has to take the actions from set pieces. In this case, a ball that he put in the exact place for Francés to hook with pleasure and send it to the back of the goal. In addition, the midfielder was seen with overflow, verticality and with a wide range, a facet that until now remained almost hidden and that he has recently uncovered.

Despite the fact that the most prominent men were the two young men, a triumph of such prestige cannot be individualized solely in them. Starting with Cristian, the goalkeeper ruined all the occasions of those from Eibar, seconded at all times by Jair. Like Gámez and Chavarria, who were a dagger in attack and insurance in defense. And like them, all those who had minutes in the Zaragoza victory at La Romareda.

The hand team already has a license to look at the top of the table. With 13 points from the last 18 disputed, those of Juan Ignacio Martínez have an upward projection that can be worth a playoff spot. It is exactly where a Real Zaragoza looks that, yes, does not want to lose the philosophy of “game by game”. It’s time to think about the duel against Almería and storming the leader’s stadium.