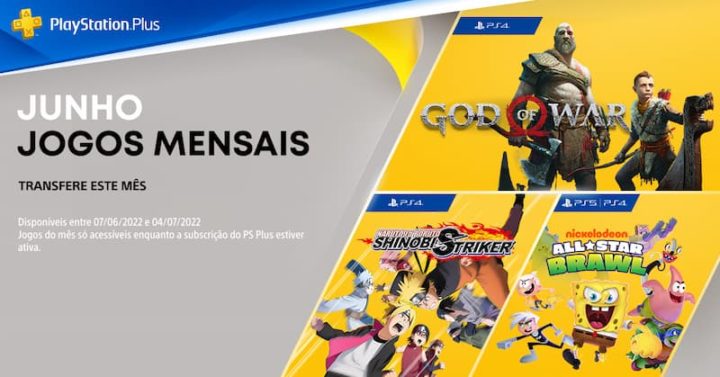 June is already singing and the Playstation Plus reinforcements are also known.

Come and see with us, which games now join the already extensive list available in the Sony Playstation service catalog.

We have reached the middle of the year 2022, which is the same as saying, we have reached June 2022. And with the arrival of a new month, news also arrives on Playstation Plus.

Therefore, anyone who has a valid subscription to the service can get the following games from next Tuesday, June 7th, until July 4th, 2022.

In God of War, Kratos is a father again. As Atreus' mentor and protector, a son determined to earn his respect, he is forced to face and control the anger that has long defined him as he explores an extremely dangerous world with his son.

With his revenge against the Olympian gods buried in the past, Kratos now lives in a realm of Norse deities and monsters. It is in this harsh and merciless world that he must fight to survive and not only teach his son to do the same, but also stop him from making the bloodstained mistakes that the Ghost of Sparta did.

This stunning reinvention of God of War takes all the hallmarks of this iconic series – the brutal combat, epic boss fights and breathtaking dimensions – and blends them with a powerful and emotional narrative that redefines the world of Kratos. .

This is an excellent opportunity to play, or to play again, this epic title, as the new God of War Ragnarök has already been announced, which will have more than 60 accessibility options created in order to satisfy the needs of all kinds. of players. Remember here a post from the Official PlayStation® Blog that talks about it.

Also NARUTO TO BORUTO: SHINOBI STRIKER, available for PlayStation 4 is one of the games of this month of June 2022. This title allows players to form a team of 4 members and fight against other teams online! SHINOBI STRIKER was built from the ground up in a completely new graphic style.

On the other hand, in Nickelodeon All-Star Brawl for PlayStation 5 and PlayStation 4, players will be able to battle their favorite Nickelodeon characters in bombastic platform battles!