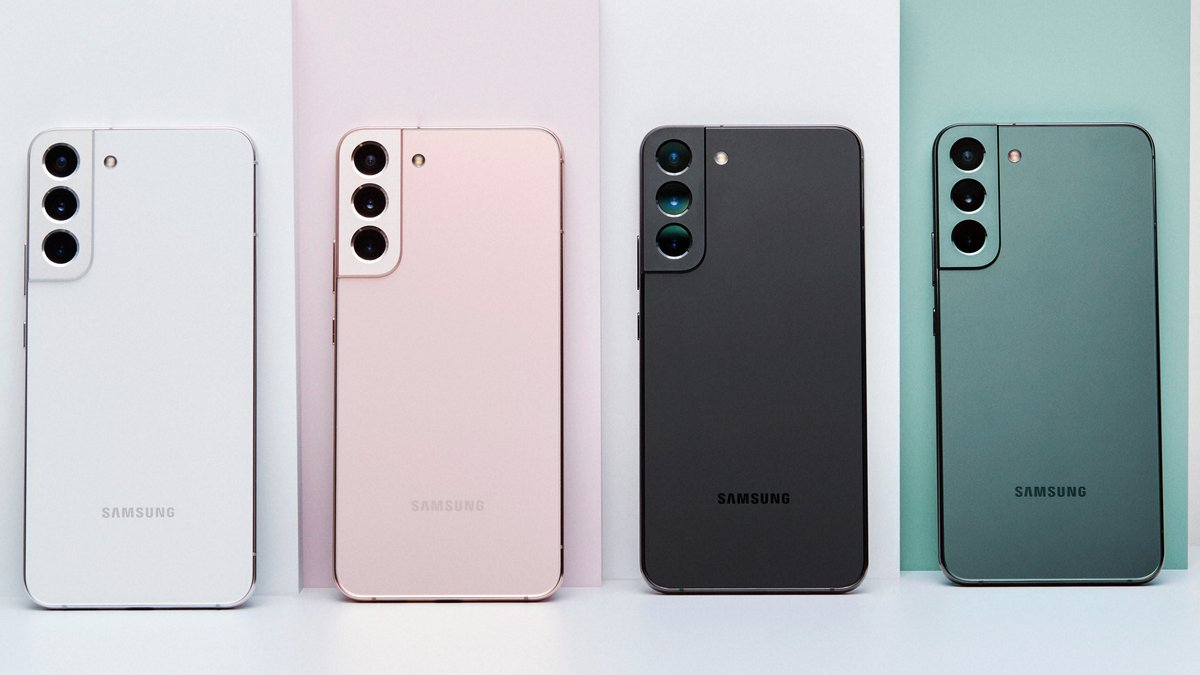 Samsung presented its new smartphone generation Galaxy S22 on Wednesday. While the looks of the devices have hardly changed compared to the previous S models, the inner workings of the smartphones are on a new footing. What users need to know about the new Samsung cell phones.

The new Samsung Galaxy is available in three variants, which differ from one another at first glance simply by their size: The S22 has a screen diagonal of 6.1 inches, the S22+ is significantly larger at 6.6 inches. The Galaxy S22 Ultra is even a bit larger, measuring 6.8 inches and becoming the new Note thanks to a special feature: The Samsung flagship comes with an “S Pen”, i.e. a pen that sinks into the side of the housing leaves.

All three variants are dynamic AMOLED 2x displays, with the S22 Ultra bringing it to the highest resolution at 3080×1440 pixels. The standard S22 model also differs significantly in terms of brightness: With a maximum of 1,350 nits, it lags far behind the S22+ and the S22 Ultra, which each have up to 1,750 nits. To save energy, the refresh rate of the S22 and S22+ varies between 10 and 120 Hertz, the S22 Ultra can even throttle down to 1 Hertz. How long there is enough power for all of this depends on the device: the Galaxy S22 has a 3,700 mAh battery installed, the S22+ has 4,500 mAh available and the S22 Ultra can draw on unlimited resources with 5,000 mAh.

It’s the inner values ​​that count

The processor that Samsung installs in all three devices in Europe is the in-house Samsung Exynos 2200. This is a 4-nanometer processor with eight cores that does well in the first benchmark tests. Samsung is cooperating with chip manufacturer AMD, whose RDNA 2 technology is also used in Sony’s Playstation 5 and Microsoft’s Xbox Series X, among others.

In addition to the powerful processor, all three devices have a working memory of at least 8 gigabytes. Only with the S22 Ultra do customers have the choice of accessing 12 gigabytes of RAM. The situation is similar with the storage capacity: While users of the S22 and S22+ have the choice between the standard 128 and 256 GB of storage, S22 Ultra users can choose between 128, 256 or 512 gigabytes of storage – there is also a variant in the Samsung store can be pre-ordered with one terabyte. Interested parties will also find online-exclusive colors there in which the devices can be pre-ordered.

What can the cameras do?

At first glance, Samsung has hardly changed anything in terms of camera performance: the S22 Ultra has a 108-megapixel main camera, while the smaller models have to be satisfied with 50 megapixels. The ultra wide-angle camera and the telephoto lens come in all three models with 12 and 10 megapixels respectively, with the telephoto lens being installed twice in the ultra version to ensure better image quality by combining two images. A total of three lenses can be seen on the back of the S22 and the S22+, and five on the S22 Ultra.

For the front cameras, Samsung uses a 10-megapixel camera for the smaller models, while the South Koreans have given the S22 Ultra a 40-megapixel camera. The focus is on two aspects: Samsung promises to have significantly improved the image stabilizers of the main camera and the overall photo and video quality of night shots. If you want control over all these functions, the new Pro mode has additional options such as white balance or ISO values. The S22 Ultra even has the ability to output photos in RAW file format, allowing for professional editing.

All of this is built into a design that at first glance looks very similar to the familiar predecessor models. Only the camera bar sinks a little deeper into the already flat case. Last but not least, the different size and features are reflected in the weight: the S22 weighs 167 grams, the S22+ 195 grams and the S22 Ultra weighs 227 grams.

The devices can be pre-ordered in the Samsung store for two weeks, depending on the equipment, the prices vary significantly: the basic version of the S22 starts at 849 euros, the 256 GB memory version costs 899 euros. The S22+ starts at 1,049 euros and also costs 50 euros more with 256 GB of storage. The smallest variant of the S22 Ultra (8GB RAM / 128 GB memory) costs 1,249 euros, for the most expensive variant with 1 TB memory and 12 GB working memory those who want to buy must have 1,649 euros ready. The S22 Ultra will officially be released on February 25th, followed by the S22 and S22+ on March 11th.