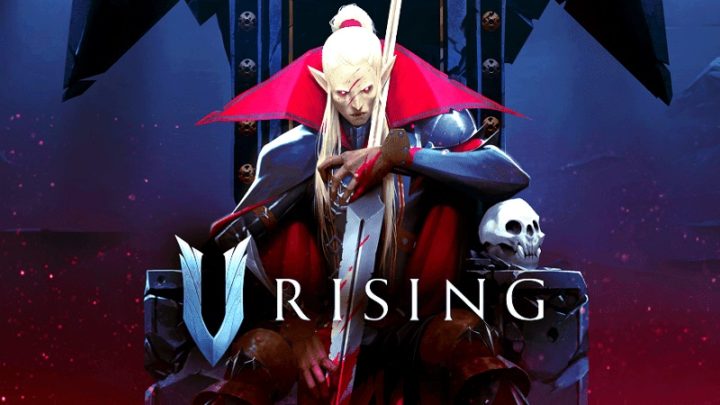 It’s not news to anyone that the electronic games segment is one of the most popular ever, or it wasn’t one of the ones that most entertains and amuses people. However, it’s always interesting to see how far the popularity of some of the latest titles goes.

As such, it is now known that the game V Rising, released on the 17th of May, managed to sell an astonishing amount of half a million units in three days after its release.

V Rising reaches half a million sales in 3 days

The V Rising game fits into the action, adventure and MMO (Massively Multiplayer Online) genre that involves vampires and survival elements. It was created by the Swedish company Stunlock Studios and the launch took place this past Tuesday, May 17th.

But, despite still being a 'baby' in the video game market, the truth is that the title has already captured the interest of gamers. This is possible to verify through the mark of 500 thousand copies that V Rising has already managed to sell in just 3 days of launch. The news was revealed through a post on the game's official page on the social network Twitter:

It's official! 500,000 Vampires out there have stepped foot into Vardoran! Thank you all for joining us on this journey! pic.twitter.com/35pLD6DQW2

The game is currently in early access format on Steam, and through platform statistics, V Rising is already part of the TOP 10 list of games with the most players at the moment. At the time of writing this article, the title was in 6th place and had a maximum of 127,999 players playing, which was also the maximum of the day. 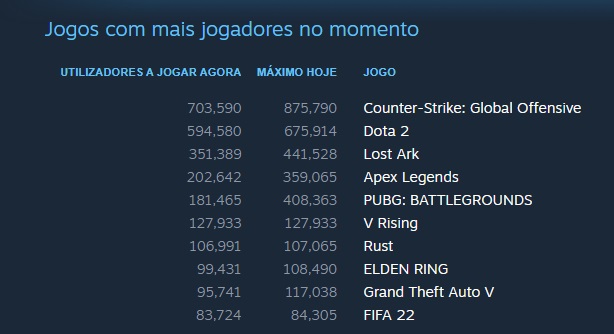 Also at this moment the game has 7,615 ratings on Steam, most of which are 'very positive'. You can purchase the game on the platform for 19.99 euros.

Have you played V Rising?