Last June, Microsoft had promised that Windows 11 users would be able to run Android apps and games on the new operating system thanks to a partnership with the Amazon App Store, and support for this is currently only available to Windows Insider participants. As an alternative to this, in December Google confirmed that games from Google Play Games could be accessed on Windows from 2022 and now users in some regions can already test this.

According to Google, Google Play Games is an application that allows users to download and play a selection of Android games on Windows computers or laptops. In addition to support for mouse and keyboard control, the app supports synchronization between different devices and integration with Google Play Points.

The bad news is that currently only users in Hong Kong, Taiwan and South Korea can test the app. Users in other regions such as Brazil can register here to be notified as soon as it becomes available. 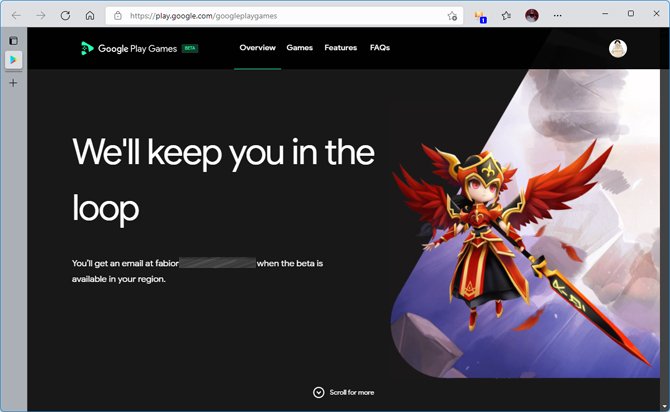 To be able to test Google Play Games, users’ PCs must meet the following requirements:

A clear advantage over what Microsoft has done with its Windows Subsystem for Android is that Google’s solution is not exclusive to Windows 11. Windows 10 users will also be able to use Google Play Games.

Google hasn’t confirmed exactly when it will be offered in more regions, but only said that it will be “soon”.