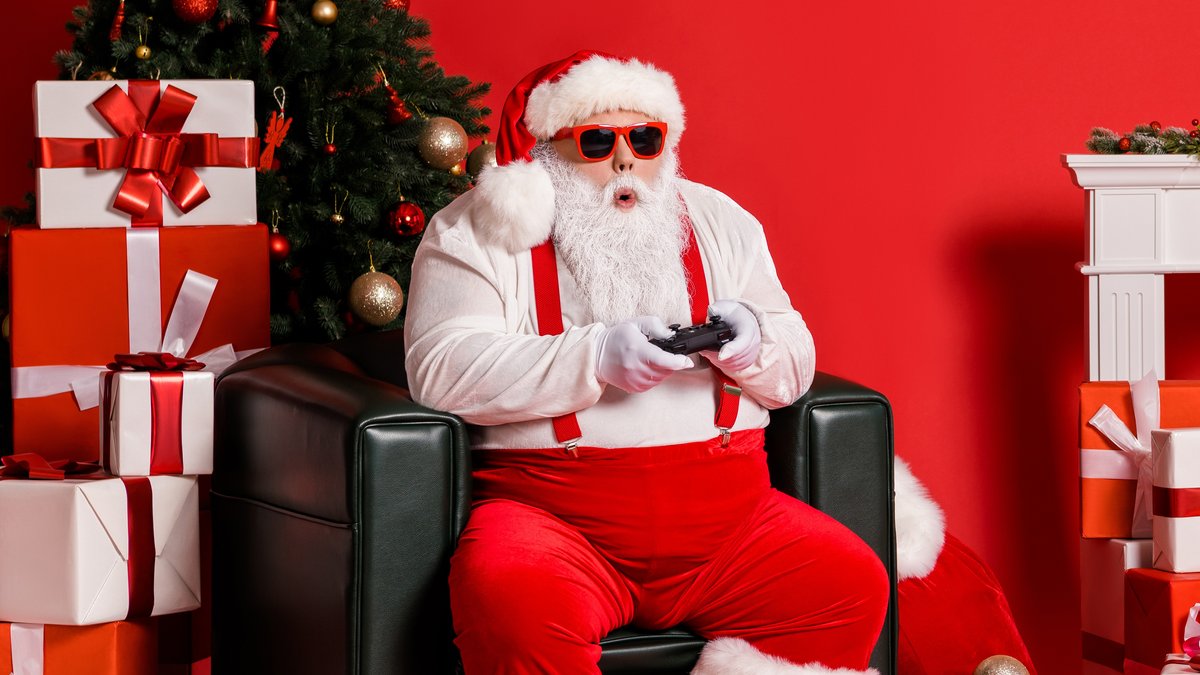 Millions of people are currently looking for suitable Christmas gifts for their loved ones again. Finding the right present for fans of video games can be difficult. Although they will certainly be happy to receive new supplies, the selection is huge. Here are some titles that could bring joy under the Christmas tree.

The adventure “Ratchet & Clank: Rift Apart”, published exclusively for PS5, offers colorful action for younger gamers (USK from 12 years). Players shoot their way through different worlds with the dynamic duo and explore colorful surroundings. Fans of the series will encounter new faces, but the sci-fi experience is worthwhile even without prior knowledge.

In mid-November, “Battlefield 2042”, the latest part of the long-standing shooter series, was released. Up to 128 players take part in action-packed online battles on PC, PS5 and Xbox Series X / S. On PS4 and Xbox One there are up to 64 players at the same time. In addition to popular modes such as “Breakthrough” and “Conquest”, there are now also the “Battlefield Hazard Zone” and the “Battlefield Portal”.

“Far Cry 6” is also available for the same platforms. In a fictional Caribbean country, gamers plunge into a revolution. A dictator, played by “Breaking Bad” star Giancarlo Esposito (63), has subjugated the population. Instead of the promised paradise, there is only one reign of terror that players want to end by force of arms.

Last May, “Resident Evil Village” for PC, PS4, PS5, Xbox One and Xbox Series X / S was the eighth main part of a horror series that can safely be described as legendary. In the middle of nowhere, gamers not only come across countless monsters and solve puzzles in a snow-covered village, but also try to survive visits to a creepy castle or a horror house.

Role play and other adventures

With “Pokémon Luminous Pearl” and “Pokémon Radiant Diamond”, there are also two new versions of the classics “Pokémon Diamond” and “Pokémon Pearl” available for Nintendo Switch. The new editions do not change the history of the originals. Players have to catch the cute pocket monsters again and compete against other Pokémon trainers in order to secure the championship title.

In the role-playing game “Pathfinder: Wrath of the Righteous”, gamers choose one of several different mythical paths to face the fight against demons in the land of Worldwound. So far, only PC players have experienced the epic conflict and the different action in the role of a commander, depending on the path. Versions for PlayStation 4 and Xbox One should then appear in March.

As Star-Lord, known from several films in the Marvel Cinematic Universe (MCU), players in “Marvel’s Guardians of the Galaxy” have to save the universe. Of course, there are also other popular characters such as Rocket, Groot, Gamora and Drax. And as usual, the 80s soundtrack with artists and bands like Bonnie Tyler (70), Rick Astley (55), Mötley Crüe and KISS is a stunner. The game is available for PC, PS4, PS5, Xbox One, Xbox Series X / S and in a cloud version for Nintendo Switch.

“Valheim” is still in “Early Access” for PC. The multiplayer survival adventure is not over yet, but gamers have been trying to survive in a world inspired by the Vikings for months. Chop down trees, hunt, build a base, discover new islands, fight trolls and other monsters – there is a lot to do.

Fun for family and friends

“It Takes Two” is a celebrated co-op adventure for ages 12 and up. On PC, PS4, PS5, Xbox One and Xbox Series X / S, the quarreled couple Cody and May transform into dolls. As the title suggests, the two have to find each other in order to master the puzzles and tasks in this unusual adventure together. The title just won the game of the year, best family game and best multiplayer game at The Game Awards.

“Chandelier” by Sia (45), Camila Cabellos (24) “Don’t Go Yet”, “Rock Your Body” by Justin Timberlake (40) and “Happier Than Ever” by Billie Eilish (19) are just some of the 40 Hits that the whole family can dance to with “Just Dance 2022” recently on PS4, PS5, Xbox One, Xbox Series X / S and Nintendo Switch. There is also a free trial month for “Just Dance Unlimited”. The service gives players access to more than 700 additional songs.

With “Let’s Sing 2022” everyone on Switch, PS4, PS5 and Xbox One (playable on Xbox Series X / S) will perhaps prove their talent for singing right afterwards. The tracklist includes classics like “Last Christmas” by Wham! or “Everybody (Backstreet’s Back)” by the Backstreet Boys but also hits like “Human” by Rag ‘n’ Bone Man (36). There are also 15 German songs to download for free, such as Pietro Lombardis (29) Cinderella.

Probably the best-known video game series for the German national sport football is “FIFA”. The latest offshoot, “FIFA 22”, was released in October for PC and consoles. In career mode, players can create their own club and lead it to the championship. There are of course numerous other modes.

In the simulation game “Football Manager 2022” for PC, gamers try to get to the top of the table in more than 120 leagues. Alternatively there is an Xbox version, a “Touch” version for Nintendo Switch and a “Mobile” version for iOS and Android devices.

It’s off to the world’s most famous professional basketball league with “NBA 2K22” for PC, PS4, PS5, Xbox One, Xbox Series X / S and Switch. Among other things, players create their own dream team from current stars and legends of the sport or start their own great careers. In addition, beats by hip artists and aspiring newcomers pump out of the boxes.

Since November, PS enthusiasts have been racing over asphalt and gravel in “Forza Horizon 5” in front of a Mexican backdrop on PC, Xbox One and Xbox Series X / S. To do this, they press the accelerator in hundreds of different cars – from classic cars to current super sports cars.