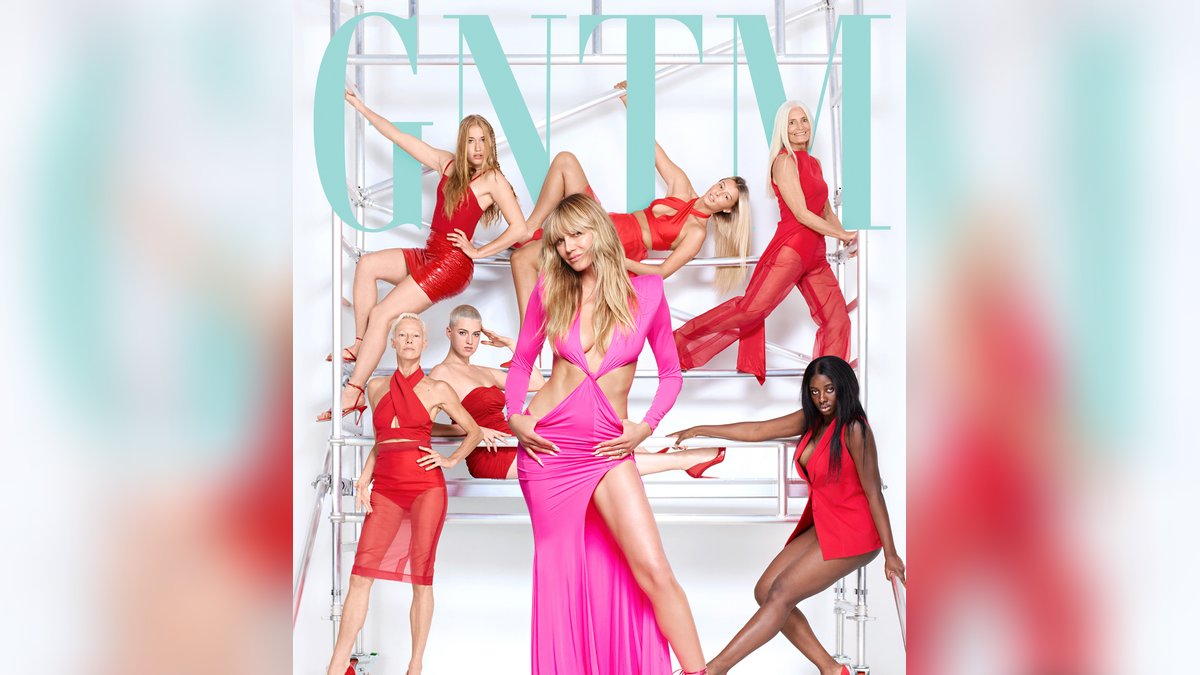 On February 3, 2022, the time has finally come: the 17th season of “Germany’s Next Top Model” starts at 8:15 pm on ProSieben. While last year the film was shot exclusively in Germany due to Corona, the new episodes start in Greece. After the opening show in Athens, the candidates will continue to the dreamy island of Mykonos. 31 models are fighting for the title this time, as ProSieben announced on Wednesday (January 12).

Contents
The 68 year old Barbara A mother-daughter duo from AustriaPaulina and Lenara: role models for the season The ambitious SophieOther candidates(amw / spot)

What immediately catches the eye: Diversity will be written even bigger in 2022 than in previous years. “There are small, very large, curvy, slim, young and older participants,” Heidi Klum (48) announced in the fall of the news agency spot on news when filming on Mykonos. Three mature women made it into the cast: At 68 years old, Barbara is the oldest candidate in “GNTM” history – followed by Lieselotte (66) and Martina (50).

What made 68-year-old Barbara take part in the show? “I’ve always wanted to model and now older people can finally apply. So I thought to myself, now it might be something, ”explains the friendly, cheerful nature spot on news in the model villa on Mykonos. “I sat down straight away, applied and was invited to the casting. I’ve been very happy about it.”

The new model doesn’t seem to have a problem with her age – she hasn’t colored her hair for a long time. “I had dark brown hair and you could always see the approach. It was a disaster. When I was 55, I said: ‘Now I’ll stop’ “. The family fully supports the 68-year-old: “My grandchildren are delighted. They say: ‘Grandma, I think that’s great and you can do it.’ You gave me courage. ”In a way, she also sees herself as a role model:“ I am definitely setting an example for all older women. There are so many beautiful women who just don’t dare. ”

A mother-daughter duo from Austria

Another premiere: 50-year-old Martina started with her daughter Lou-Anne (18). “We registered separately,” the Austrian admitted spot on news on the Greek island. On her birthday, she made it through to register. “I then urged my daughter to do so, but I didn’t tell her that I had also registered.” In the end, both of them were invited. The show does not want to steal the 50-year-old from her daughter. “I want her to be strengthened and to go out of here with a lot of self-confidence.”

The tall Austrian can already show her first modeling experience: “I spent a few years on the catwalk and that’s why I can give useful tips.” Model mom Heidi Klum has already explained a few things to the candidates. “You keep hearing that she doesn’t spend a lot of time with the models. But we can’t confirm that at all, ”explained Martina. Klum took a lot of time and gave everyone helpful tips.

Paulina and Lenara: role models for the season

Candidate Paulina also stands out: “I’m 32 years old – which is a very atypical model age,” she said in an interview. After all, many models would retire at the age of 30. At the age of 26 she started modeling “and tasted blood”. With her participation she wanted to spread a message: “I want to show people that life is not over just because you’re 30.” Many would be afraid of starting a new career at that age – “but I love them Challenge and Adventure ”. Paulina also sees herself as a role model: “You always need someone to act as a pioneer. At ‘Germany’s next top model’ there hasn’t been anyone who is 68 or 32 years old. ”

As in previous years, curvy models again have the chance to become “Germany’s next top model”. One of them is the tattooed Lenara (24), who is particularly looking forward to a shoot: “To the nude shoot,” she admits with a laugh. The 24-year-old also wants to spread a message on “GNTM”: “I think everyone should love each other as they are and you don’t have to conform to any ideals of beauty.” That’s why she’s looking forward to dropping the covers in front of the camera . “Then I can show how comfortable and good I feel.”

Sophie (18) is one of the younger candidates. The 18-year-old has always wanted to be in public: “I don’t want to do a manual job or an office job. Because I want to present myself – both as a model and on social media. ”How ambitious is the high school graduate on a scale from one to ten? “Eleven. If something is really important to me, I give 100 percent. ”She sees this competition as an opportunity and therefore takes it very seriously.

When they first met, Sophie noticed straight away that diversity is even more of a focus this year – which she personally thinks is “totally beautiful”. “Because anyone can become a model as long as the person brings something special.” In addition to “GNTM” boss Heidi Klum, the blonde beauty has another role model: “Barbie, I mean that really.” Because the doll convey “good.” moral values ​​”and show little girls“ that they can do anything as long as they believe in themselves ”.