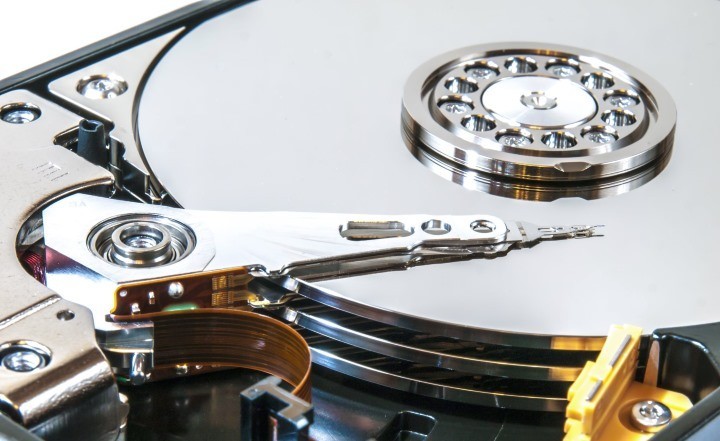 Hard disks still continue to be prominent in the market for technological equipment. However, recent data show that this sector suffered a drop in sales of around 33% compared to last year.

Contents
Hard drives with the most failures in Q2 of this yearAnd which disks fail the most over their lifetime?Is your hard drive on the list?

In addition, the latest information reveals the list of HDD disks with the most failures during the second quarter of 2022. So come check them out and see if yours is on this list.

Hard drives with the most failures in Q2 of this year

When the user makes the decision to buy a hard drive, his intention is to choose a good device that can guarantee the storage and security of his data for a long period of time. But unfortunately, nothing in the technological world is 100% perfect and these products, as well as others from different sectors, are always at risk of having a problem.

In this sense, a recent report developed by the company backblaze indicates which HDD disk models had the most failures during the second quarter of this year. During that period, the research company monitored a total of 219,444 HDD and SSD disk drives, but in terms of HDDs, a total of 215,424 models were analyzed. Of these, 413 models used for testing were eliminated, leaving 215,011 units analyzed.

Therefore, in the following image we can see the hard disk models that had the most failures in the second quarter. In the list there are several models from the brand HGST, from Seagate, some from Toshiba and also from Western Digital. 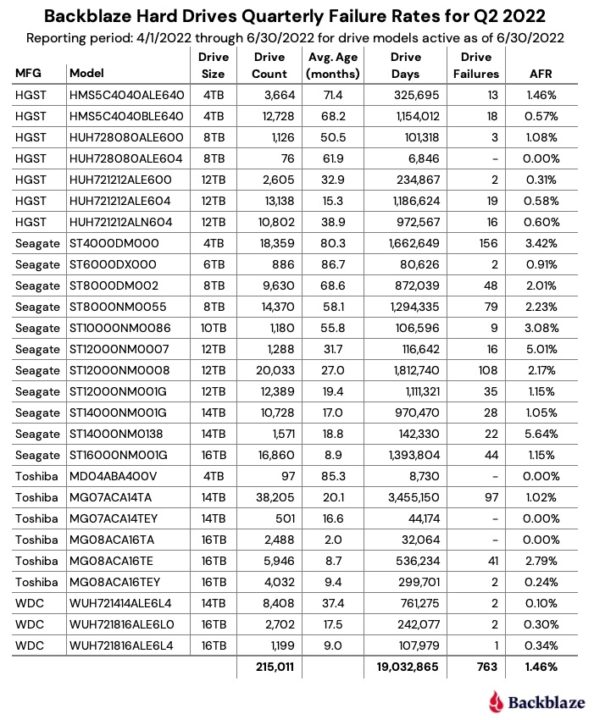 These HDD drives totaled over 19 million days in use, which resulted in 763 drives failing and corresponding to a failure rate of 1.46%. In the first quarter of 2022 this rate was 1.22% and in the second quarter of 2021 it was 1.01%. And much of the blame lies in the age of the disks, which significantly affects their lifespan.

Seagate leads the failure rate, although the other brands also show some significant values. However, specifically, the disks with the most failures in the 2nd quarter of this year were:

And which disks fail the most over their lifetime?

In addition to the months of April to June, the company also revealed the list of hard drives that fail the most throughout their lifetime. You can see the results in the following image. 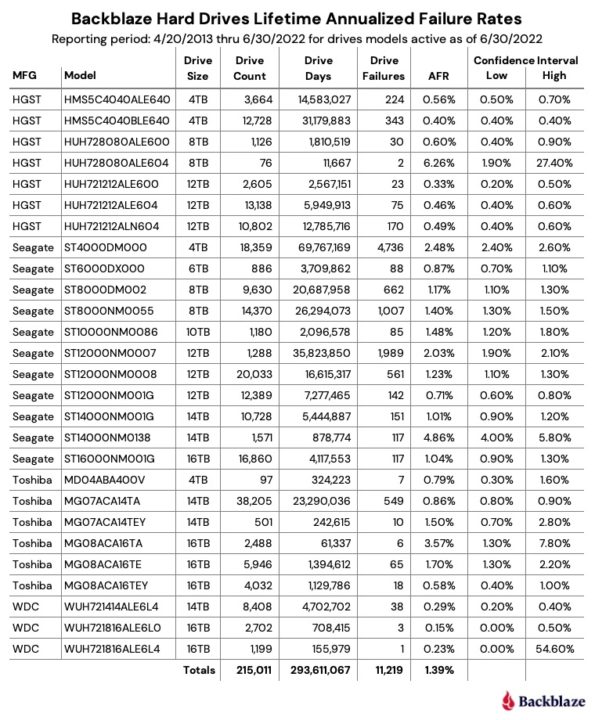