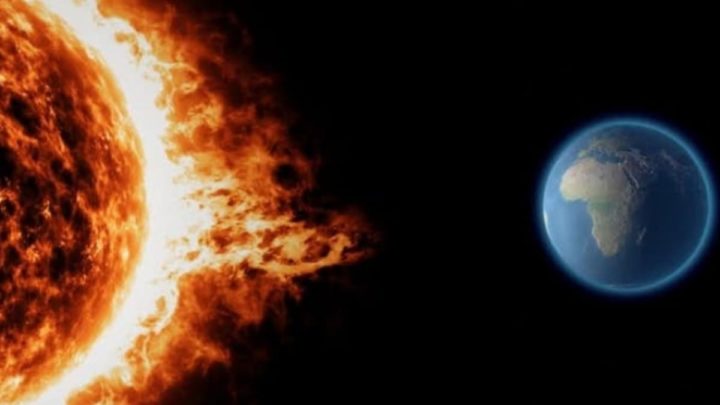 The Sun is in its 25th cycle and when it started, researchers immediately warned that this new 11-year period would not be as calm as the last one that ended in late 2019. Some events, such as the solar flare of the M4 class .4, or as a class X explosion, which occurred in 2021. Now, scientists are concerned about a giant sunspot and filaments on the solar surface.

Contents
Giant spots on the Sun could trigger destructive solar stormsWhat is already known about sunspot AR3055?What does that mean for us?

Astronomers know that such phenomena can trigger possible Earth-directed solar flares and coronal mass ejections (CMEs) that could cause severe damage to Earth.

Giant spots on the Sun could trigger destructive solar storms

As we showed last month, astronomers were interested in seeing the developments of sunspot AR3038 which went from 'large to huge' in a matter of hours and grew to a size three times the size of Earth.

With the Sun now in an active phase of its 11-year cycle, there is a lot of activity on its surface that keeps astronomers glued to the skies.

To add to the concern, a new dark sunspot, AR3055, has now been detected.

What is already known about sunspot AR3055?

According to the New York Post, the sunspot is now 9,816 km wide and directly facing Earth. Astronomers aren't really sure whether the sunspot is the result of a merger of sunspots or if it quickly evolved to this size on its own.

So much technology "looking" at the sun and you can't understand more precisely what could happen? No, even with so many Earth-based observatories looking at the Sun. This is because a geomagnetic storm can hit the Earth at a million miles an hour without anyone catching it.

This phenomenon is caused by an accumulation of plasma between the streams of slow and fast solar winds and not due to the eruption of a sunspot. So it's something you can't predict.

According to the latest updates from SpaceWeather.com, the solar surface is now showing large filaments of magnetism. Each of these filaments is approximately the distance between the Earth and the Moon, that is, 384,400 km.

Like sunspots, these regions are also relatively cooler than the solar surface and therefore appear darker. However, each filament, if retained in the night sky, would shine brighter than the full moon. 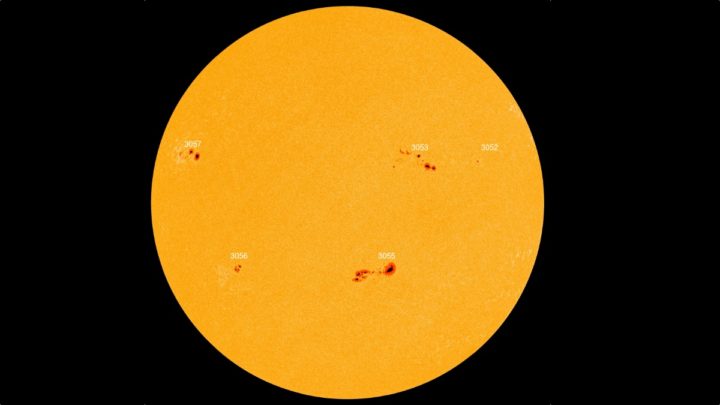 Sunspot AR3053 is rapidly decomposing. It has lost half its area since yesterday. But the AR3055 spot is very unstable: Image credit: SDO/AIA

What does that mean for us?

Solar filaments are also known to be highly unstable. However, on this occasion, they seem to have been holding together for days. Sooner or later, they are expected to erupt and shoot some solar debris back to Earth.

Thus, according to the website Spaceweather, it is expected to be a small G1-class geomagnetic storm heading for Earth on the morning of July 13th. However, it is likely that this storm is the result of two smaller sunspots and not the filaments.

While sunspot AR3038 caused a C-class solar flare, AR3055 is expected to produce a relatively powerful M-class flare that could result in radio blackouts for a few minutes. But... we still don't know what the filaments are capable of!

Last week, a paper published in the journal Astronomy and Astrophysics suggested a new model for predicting the strength of the solar cycle to help us prepare for the worst consequences of such events. With the peak of the solar cycle approaching in 2023, we can only hope that this cycle is no worse than the ones we've seen before.