O Google published on its official website that it donated US$250,000 (approximately R$1.2 million) to contribute to recovery efforts and care for families affected by the severe storm in Petrópolis. The tragedy happened on February 15 and is the biggest in the city’s history, leaving 178 dead (so far) and 110 missing after more than 200 landslides.

The amount, donated through the Google.org, the philanthropic arm of the technology company, will contribute to the local restructuring, even to the needs of the population. In addition to the aforementioned efforts for recovery and attention to families affected by the catastrophe. The proceeds go to the Center for Disaster Philanthropy, a global organization that specializes in distributing donations to non-profit organizations focused on relief and support work. On your blog, the Google also commented on the case

At the beginning of the year, several Brazilian cities and states were again shaken by sequences of heavy rains, which caused landslides, floods and destroyed houses and entire buildings. We have closely followed the situation in Petrópolis, in the state of Rio de Janeiro, where the disaster has already claimed the lives of more than 100 people and left around 700 homeless. 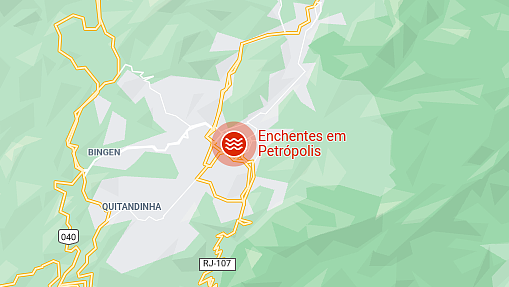 In order to provide useful information and contacts at this time, the Google reactivated the SOS Alert in Search and Google Maps for the city of Petrópolis. In January, Alerta contributed by bringing local information to the population affected by thefloods in Bahia, Minas Gerais, Pará and Tocantins.

The Alerta is found at the top of the results of the Google search, when searching for an incident. When searching for “petropolis flood”, for example, it is possible to check the main news on the subject, information about the affected areas, safety tips, contacts and links to local authorities.

On Maps, the visualization of the currently impacted regions is available, including by cell phone – in this case, a specific icon will appear on the map and a card with more information about the crisis, also providing useful telephone numbers and websites. It is important to remember that there are real-time updates such as the traffic situation, impassable streets and alternative paths. 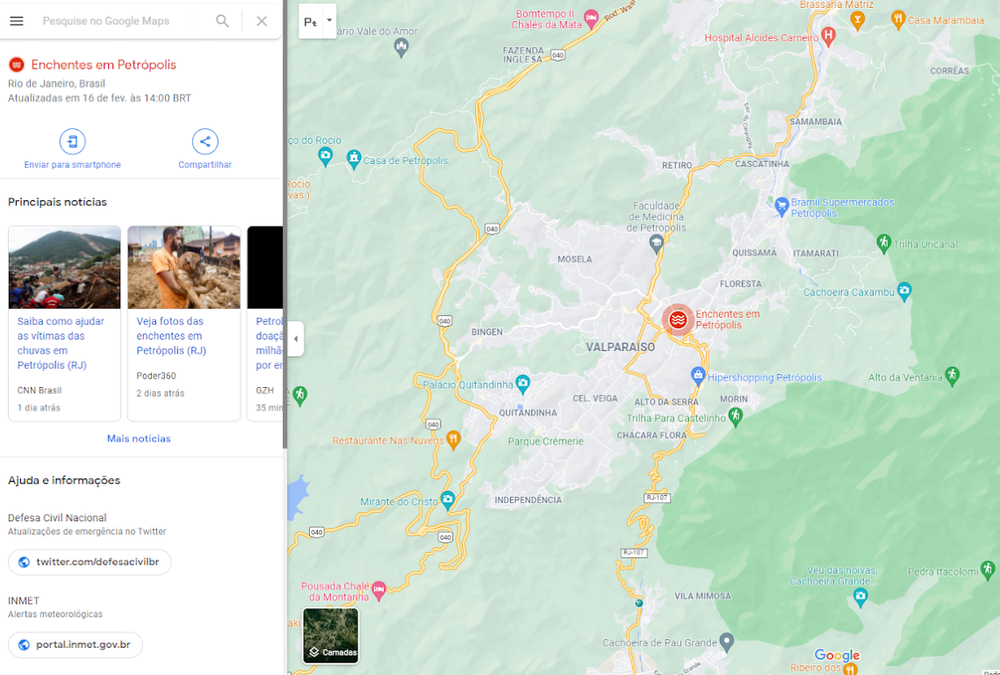 How to help Petropolis?

The term “how to help Petrópolis” has become one of the most searched terms on Google. And if you also want to donate, there are several ways. Those from the city of Rio de Janeiro can donate to all Military Police battalions and Security Presente bases. UERJ and Alerj are also receiving donations. In the city of Petrópolis it is possible to donate in all parishes. The For Those Who Donate platform brought together donation options for those who live in other states.