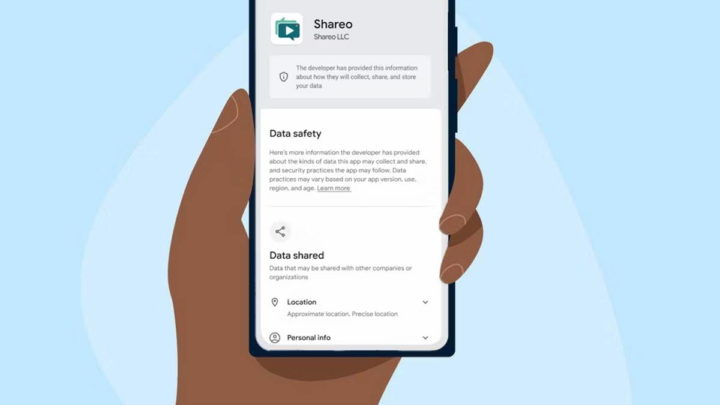 Google has sought not only to increase Android’s security, but to be even more transparent about the permissions it uses. It doesn’t just focus on your system, but goes further and also bets on the apps in this ecosystem.

One of the last changes had been to remove the used permissions from the list, moving them to another location. Now, Google has taken a step back and brought back this area of ​​the Play Store, to be accessible to Android users again.

A change that Google will ultimately reverse

Changes in the Play Store are frequent. Google has been looking to improve its app store, which is the center of an important area for Android. This is where users should look for their apps and thus fill their smartphone with what they need.

This was recently reorganized, with Google removing the whitelist from a conspicuous area. He switched them to Data Security, which most people didn't like. Now it returns to its original location, with a simple justification that makes perfect sense.

Permissions will go back to the Play Store again

What Google revealed for this (new) change is able to convince users. According to what he revealed, the permissions returned to their original place only because the general opinion of those who use the Play Store was that this change was not welcome.

Apparently, there is an interest from Play Store users to have all information accessible clearly and quickly. When browsing its interface, and in any app, it will be possible to immediately have essential information that can help to choose, or not, an app on Android.

The Data safety section provides users with a simplified view of how an app collects, shares, & secures user data, but we also want to make app permissions information easily viewable for users to understand an app's ability to access specific restricted data & actions too.

Despite this change, Google also intends to keep the Data Security area present. This will be present in parallel with the app permissions area, but with more detailed information and more relevant data for Android users.

The change is expected to happen very soon, according to what Google has announced. the programmers will continue having to declare what they do with the data of users of their apps on Android and thus be more transparent in what they create for this system.