In an attempt to increase the security level of its users, the Google started automatically, in October of last year, the process of two step verification (2SV) on thousands of service accounts. At the time, the company even declared that it verified 1 billion passwords a day to ensure user safety. This Tuesday (08), the company announced that the two-factor authentication process reduced by 50% accounts compromised by intrusion.

The date chosen for the publication of the information, February 8, is known as Safer Internet Day or the Safe Internet Day, in free translation. Google also stated that it intends to continue automatically activating the 2SV in new accounts to ensure greater protection for users.

The company’s efforts to increase user security are not limited to restricting attackers from accessing Google services. The brand itself claims to be aware that Gmail logins are often linked to other non-Google accounts such as banking, social media, shopping, and other services. For this reason, the company claims that the work to ensure the safety of its customers is essential.

The two-factor authentication or two-step verification process (2SV) includes when logging in to Google account, in addition to the user’s password, also a verification code. This code is sent directly to your cell through a text message, voice call or give application of own Google for mobile devices. You can also choose not to use 2-Step Verification more than once on the specific computer.

As an example of the integrity of the measure, Google stated that the administration of Joe Biden, president of United Statesimplemented the multi-factor authentication (MFA) measure by even signing an Executive Order requiring government agencies to implement MFA for the protection of government data.

As an alternative, the company also allows the use of a security key via USB port, if the user has access to it. The introduction of these features makes a would-be attacker need not only the default password, but also the mobile device to which the Google send the verification code. 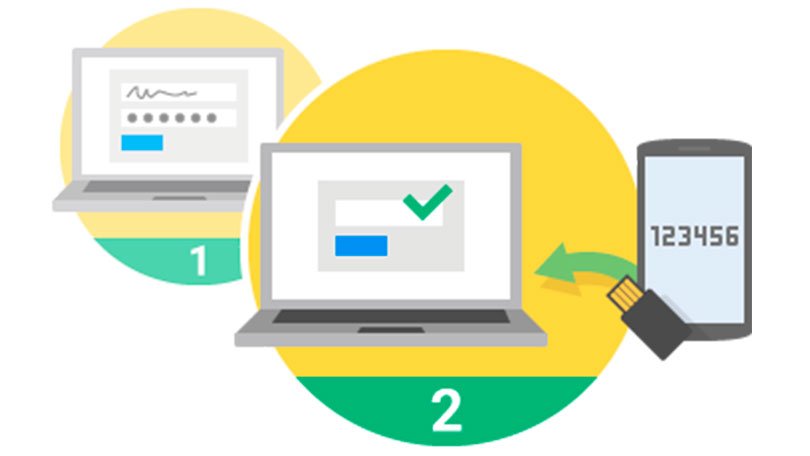 In addition to two-step verification, the Google also recommends that its users make a security check, which is basically a company guide to strengthening account security. Another recommendation is to use the Google password managera feature that was developed to Chrome, android and Google appswhich helps create stronger passwords for other users’ online accounts, and saves them so you don’t have to remember them all.