recently the GoPro revealed its balance sheet for the last quarter of 2021 and, taking advantage of the occasion, the company’s CEO, Nick Woodman, spoke a little about the company’s plans for this year. According to what was revealed by the head of the manufacturer, the company intends to expand its product line in 2022offering up to four different handsets to its consumers.

During the final three months of last year, the company achieved a “record year-end cash balance of $539 million” with a total revenue of $1.16 billiongetting a 30% increase compared to 2020. As a result, the company was able to return to the same level it was before the pandemic, thereby providing relief for the continuity of its catalog expansion plans.

Currently the company offers two different versions of action cameras, being the HERO and MAXnow woodman claims that the GoPro is looking to offer a “broader portfolio of hardware products and software solutions to address new customer use cases”. This indicates that the company intends to separate your upcoming cameras for specific types of usenot depending only on the models GoPro Herowhich are known to offer a lot of functionality. 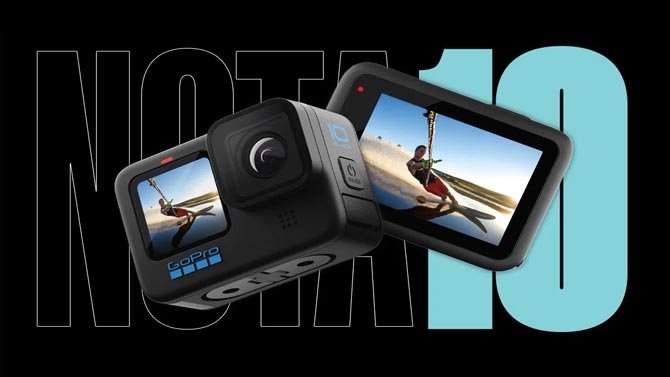 In addition to new hardware, the manufacturer also expected to bring new software solutions during 2022such as cloud-based news and a new subscriber app.

“In late 2022, we plan to increase our hardware offering from the two types of products we have today, HERO and MAX, to four distinct camera products. And we expect to expand further by the end of 2023. This adds to the aggressive roadmap we have planned for the software, including new cloud capabilities and a new subscription-based desktop app. To the GoPro team around the world, congratulations and thank you for delivering such impressive results in 2021.”
– Said Nick Woodman, founder and CEO of GoPro.

Unfortunately, the plans GoPro were not detailed by Nick Woodman, stating only that these new products during this year, which is quite a large window of release. But it is expected that these new cameras are for professional use and come to compete with models like the RX0 II gives Sony.