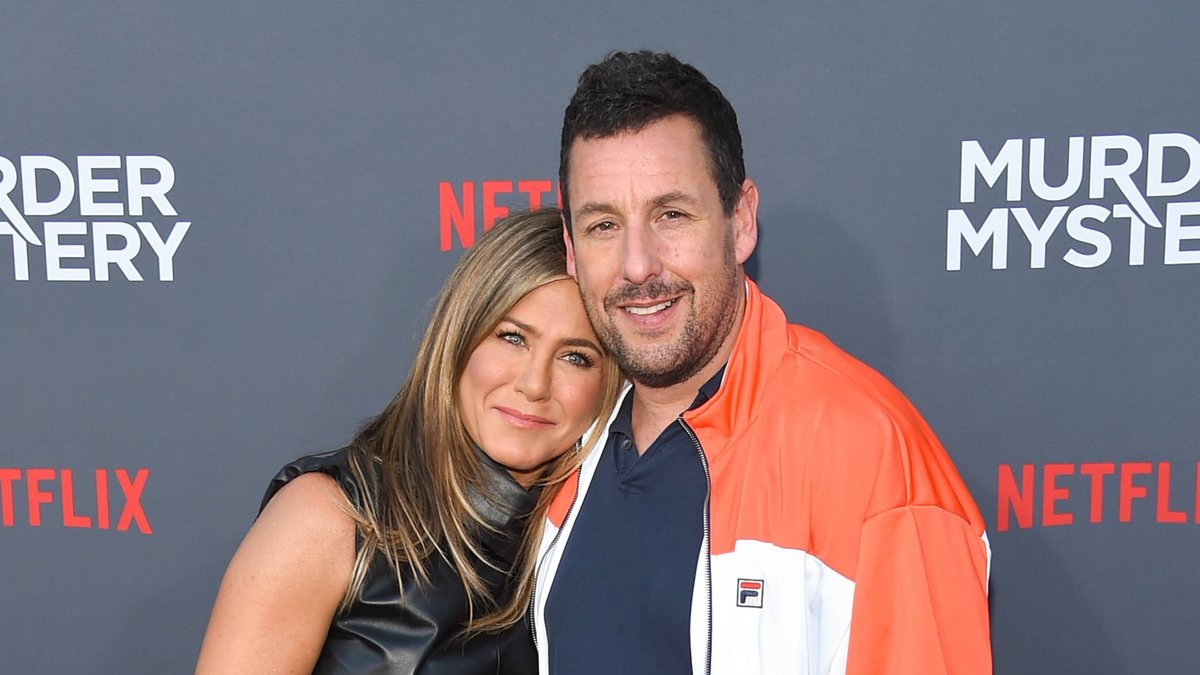 Jennifer Aniston (52) and Adam Sandler (55) are currently shooting the second part of the crime comedy “Murder Mystery” in Hawaii. The two co-stars shared a first look behind the scenes on Instagram. In one photo, the actors can be seen in an intimate embrace, with the sea behind them. Both are wearing casual sunglasses.

There seems to be a good mood on the set: In a video you can see the crew dancing, including Adam Sandler. “Back at work with my buddy,” Aniston captioned the post. Enthusiastic comments were collected among them, including from Jennifer Garner (49). “Best news ever,” the actress wrote. Jodie Turner-Smith (35) called the two “my absolute favorites”.

The first part of “Murder Mystery” became a hit for Netflix, and the comedy was voted the streaming service’s most successful film of 2019 with around 30 million viewers on the opening weekend. New York cop Nick Spitz (Sandler) and his wife Audrey (Aniston) take a long-awaited trip to Europe. After a murder on a yacht, however, things get dicey for the two of them.

In September 2021, among other things, “TV Line” reported that there would be a sequel to the film. Accordingly, “another international adventure full of intrigue and mischief” awaits Aniston and Sandler’s roles.