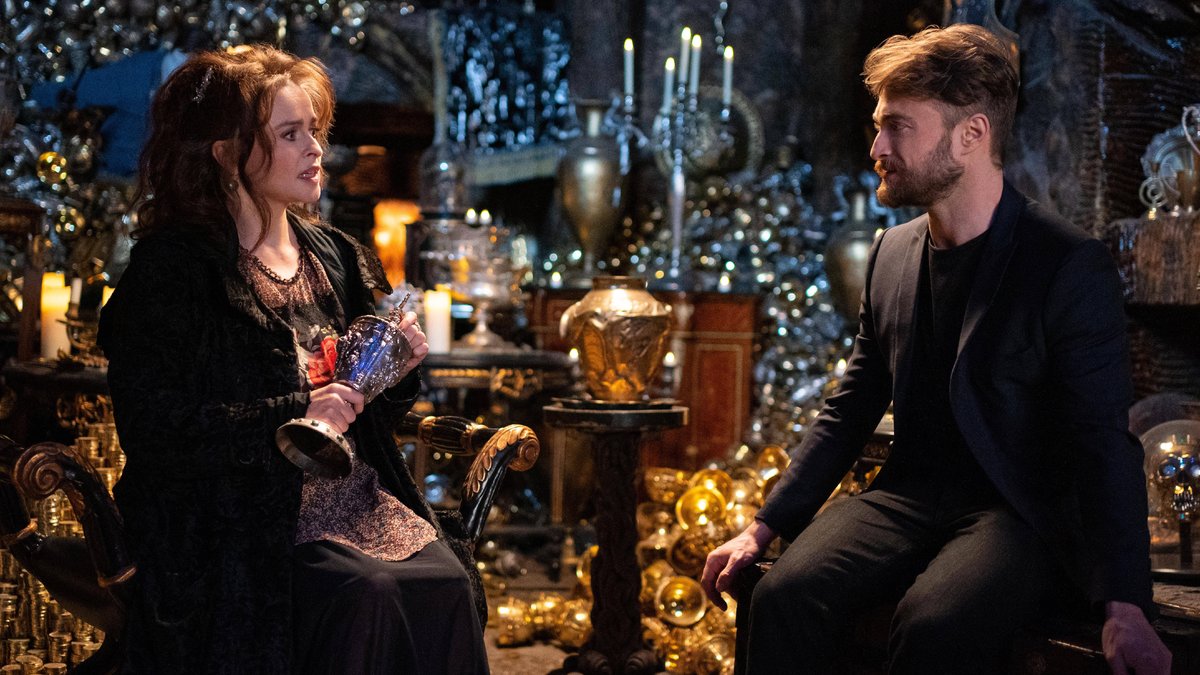 Helena Bonham Carter (55) played the witch Bellatrix Lestrange in the “Harry Potter” film series. With her performance she has apparently particularly impressed leading actor Daniel Radcliffe (32). In the Reunion Special, in which the stars of the franchise celebrate the 20th birthday of the first film “Harry Potter and the Philosopher’s Stone” with a reunion, the 32-year-old reveals that he raved about his much older co-star at the time .

As reported by “Page Six”, among others, Radcliffe even reads a love letter that he gave to Helena Bonham Carter after filming. It said: “Dear HBC, it was a pleasure to have been your co-star and coaster, because in the end I always held your coffee in my hand. I love you and I wish I had been born ten years earlier so that I might have had a chance. “

Aside from the crush, Radcliffe actually experienced romantic relationships on set, as he further reveals: “Every part of my life is with ‘[Harry] Potter ‘connected. My first kiss is related to someone here. My first friends were here. ”Radcliffe did not say who he went out with.

At the eagerly awaited reunion, 20 years after the franchise first aired, the main actors Radcliffe, Emma Watson (31) and Rupert Grint (33) meet numerous co-stars and celebrate the classic film. The two specials “Harry Potter 20th Anniversary: ​​Return to Hogwarts” and “Harry Potter: Hogwarts Tournament of Houses” can be seen worldwide from January 1st – in Germany on Sky and Sky Ticket.