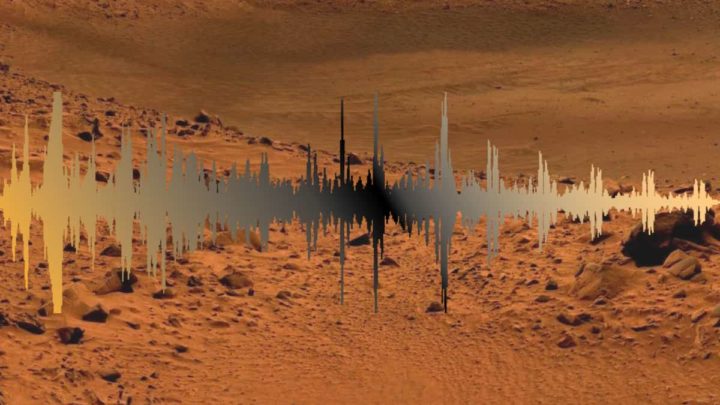 NASA has developed a way to bring a little bit of Mars to Earth and to offer sensations to enthusiasts who will hardly have the opportunity to visit the red planet. Try it and hear what your voice would sound like on Mars.

You just need to record an audio and wait for the magic to happen.

By the hand of astronauts and satellites, images and sounds from space often reach us. Although it is impressive in itself, we will hardly have the opportunity to see and hear in person what is happening there. With this in mind, NASA found a way to bring a little bit of Mars to us.

The American space agency has launched a website where it is possible to hear the voice of users if they were on Mars. The website is based on data that NASA's Perseverance rover collected during its stay.

As we've seen here, data from a study on the speed of sound on Mars was presented at the 53rd Lunar and Planetary Science Conference by planetary scientist Baptiste Chide of the Los Alamos National Laboratory. The investigation concluded that it would be difficult to establish a conversation on the red planet, as the high frequencies would reach us before the low frequencies.

So that people can understand this question and know what their voice would sound like on Mars, the authors of the research developed a website where it is possible to carry out the experiment. In addition to our voice, it is also possible to hear other sounds, such as a helicopter flying on Mars and wind.

To hear your voice in a Martian environment, just access here and press the microphone while speaking (for a maximum of 10 seconds). If you want to save the generated audio, you can do so. Otherwise, if you leave the page, you will lose the recording.

According to a press release, obtaining the data was somewhat complicated for the investigators. This is because, in addition to being a windy planet, Mars is also very quiet. Still, you might find it a fun experience, so we challenge you to give it a try and share with us what you think!