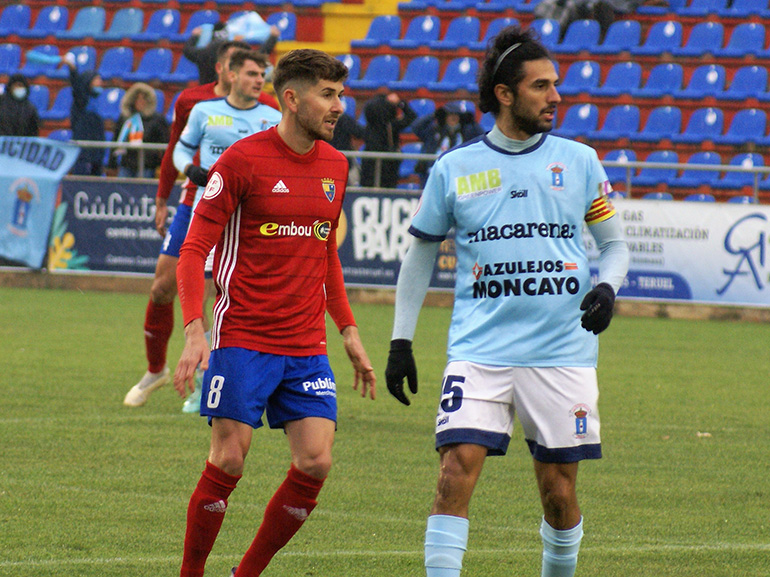 The Aragonese have once again lived a day of heads and tails in the third group of the Second RFEF. Club Deportivo Teruel fell to Brea in Pinilla, while Ebro dominated Huesca B, but ended up drawing 0-0. Tarazona fell to Numancia and Ejea did the same against Lleida.

It was Teruel who suffered the first defeat of the season at the Pinilla field, where Brea achieved the feat of taking the three points 0-1. The goal was signed by Mati Sempe in the 37th minute after a good action on the right wing that ended the left-handed lane. In the first half, Brea passed over Teruel, which despite reacting in the second, lost the duel.

The Ebro and Huesca B drew 0-0 in a match where the harlequins enjoyed many good chances. They tried in every possible way, but there was no way. They dominated the Aragonese derby against Huesca B and had the best opportunities, but they were not able to pierce the goal defended by Valera and the initial result remained until the end of the match.

Worse luck ran the Sociedad Deportiva Tarazona, which fell by the minimum against Numancia in Soria. A goal by Pablo Muñoz five minutes from the end of the match gave the Soria team three points, which thus rose to the lead of the third group. The match was the most even, very tactical and physical, where the Numantinos only managed to dominate the Aragonese in the last stages of the match.

The Ejea Sports Society was also not correct at the Camp d’Esports in Lleida, also by the minimum. The Catalans quickly took the lead on the scoreboard, in the second minute, and reached the break with a favorable 2-0. There it seemed that everything was going to be resolved. However, the five-Villeans shortened the gap as soon as the second half started, and although they were able to add, they maintained the tension of the match.