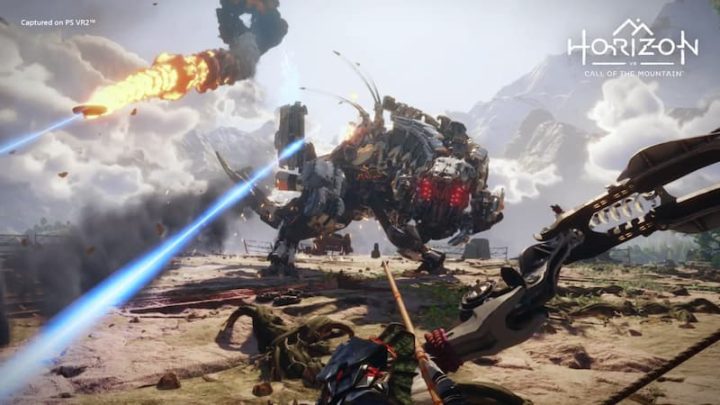 One of the most important game series in the Playstation universe, the Horizon series, has a VR experience in development: Horizon Call of the Mountain.

What will it be like to see and feel this magnificent and dangerous world at the same time through our own eyes?

Horizon can already be considered as a cult series on Playstation consoles and, as we saw here when we tried Horizon Forbidden West, this rich, beautiful and dangerous universe still has a lot to offer.

In development exclusively for PlayStation VR2 is Horizon Call of the Mountain, a game that will bring us back to this futuristic world where Aloy moves but with a completely different perspective. Incidentally, Aloy herself is no longer the heroine of the game to follow Ryas, an ancient Shadow Carja warrior.

Ryas is a tremendous warrior and master of the use of the bow and arrow. In addition, he also has tremendous agility that allows him to climb almost vertical walls and other obstacles that he encounters along the way. These are two extremely useful skills in this world full of voracious machines capable of destroying us with a single blow, and as Aloy left us very present, they will be two crucial skills for Ryas' survival.

It turns out that Sundom (Carja Territory) is in danger again and Ryas finds himself investigating this new threat.

Along the way, Ryas will have several weapons and tools at his disposal, and he can even improve them and improve their use. As in the other games in the series, many resources can be picked up throughout the game, including Machine parts that will allow the creation and improvement of these weapons and tools. 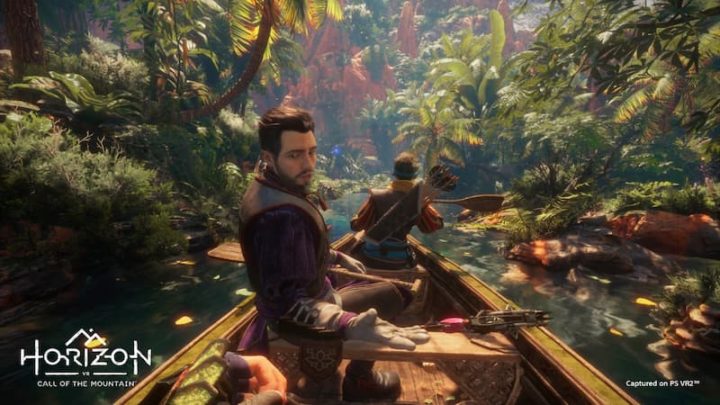 Although Call of the Mountain presents us with a new hero, according to what is already known, Aloy herself will pay a visit to Ryas and throughout the game we will cross paths with the fantastic heroine with red hair. However, Ryas will still encounter many more characters throughout his campaign.

As a curiosity, the game's developers indicated that accompanying the main Campaign there will be many more reasons to be interested in Call of the Mountain. One of those experiences will be the River Ride.

An experience similar to the experiences that some water parks present, in which we walk through the beautiful world of Horizon in Virtual Reality. It will be as if we were there but... the Machines will be too and by the way of River Ride... 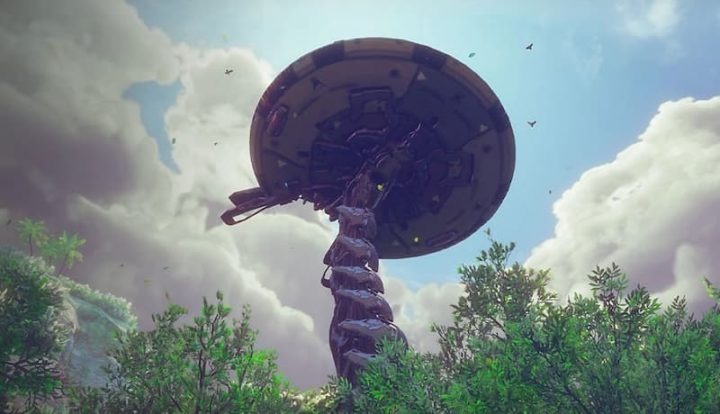