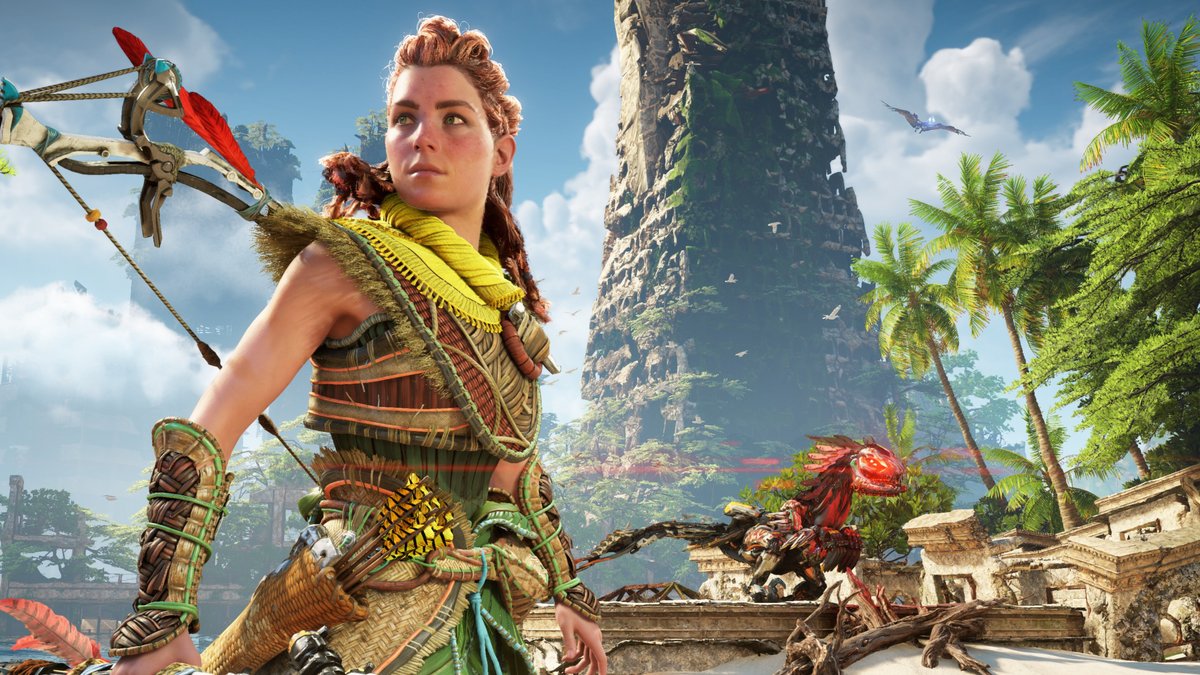 Fans have been waiting for the sequel to Horizon Zero Dawn for years. Horizon Forbidden West is coming to PS4 and PS5 on February 18th. Players once again embark on a dangerous journey with Aloy in the post-apocalyptic action-adventure.

In foreign lands, the “Forbidden West”, the young protagonist faces aggressive mechanical beings. She explores stunning landscapes, crumbling ruins and sunken cities. About half a year after the events of the predecessor, Aloy not only has to save the world from the machines. Human opponents also oppose her. And last but not least, she tries to fathom numerous new mysteries.

A billion hours into the post-apocalypse

The expectations of “Horizon Forbidden West” were huge in advance. “Horizon Zero Dawn”, which was initially released exclusively for PS4 in 2017 and then found its way to the PC in 2020, is considered one of the best action-adventures of recent years. Hermen Hulst, Head of PlayStation Studios, recently announced that the first installment in the series has since sold more than 20 million copies across both platforms combined. Collectively, gamers have spent more than a billion hours on the title.

And gamers will probably also put a lot of time into the extensive successor. Many hours pass before the enemies are fought, the landscapes are explored and the story is fathomed. But is Horizon Forbidden West really one of the first big video game highlights of the year?

The wait was worth it. Many critics agree on this. The US portal “IGN” speaks of a “triumphant combination of gripping battles, first-class monster and character design and a captivating open world”. Meanwhile, Polygon writes that the “beautiful and packed world” of Horizon Forbidden West is “breathtaking,” especially on PlayStation 5.

What the Dutch developer Guerrilla Games is delivering with its new title is “nothing short of phenomenal”, says “GamesRadar+”. The story, gameplay, mechanics used and the world itself have all been improved compared to the already great predecessor. For GamingBolt, Aloy’s journey to the “Forbidden West” is one of the “best games of its kind in recent memory” and an “impressive achievement” in storytelling, game design, and technology.