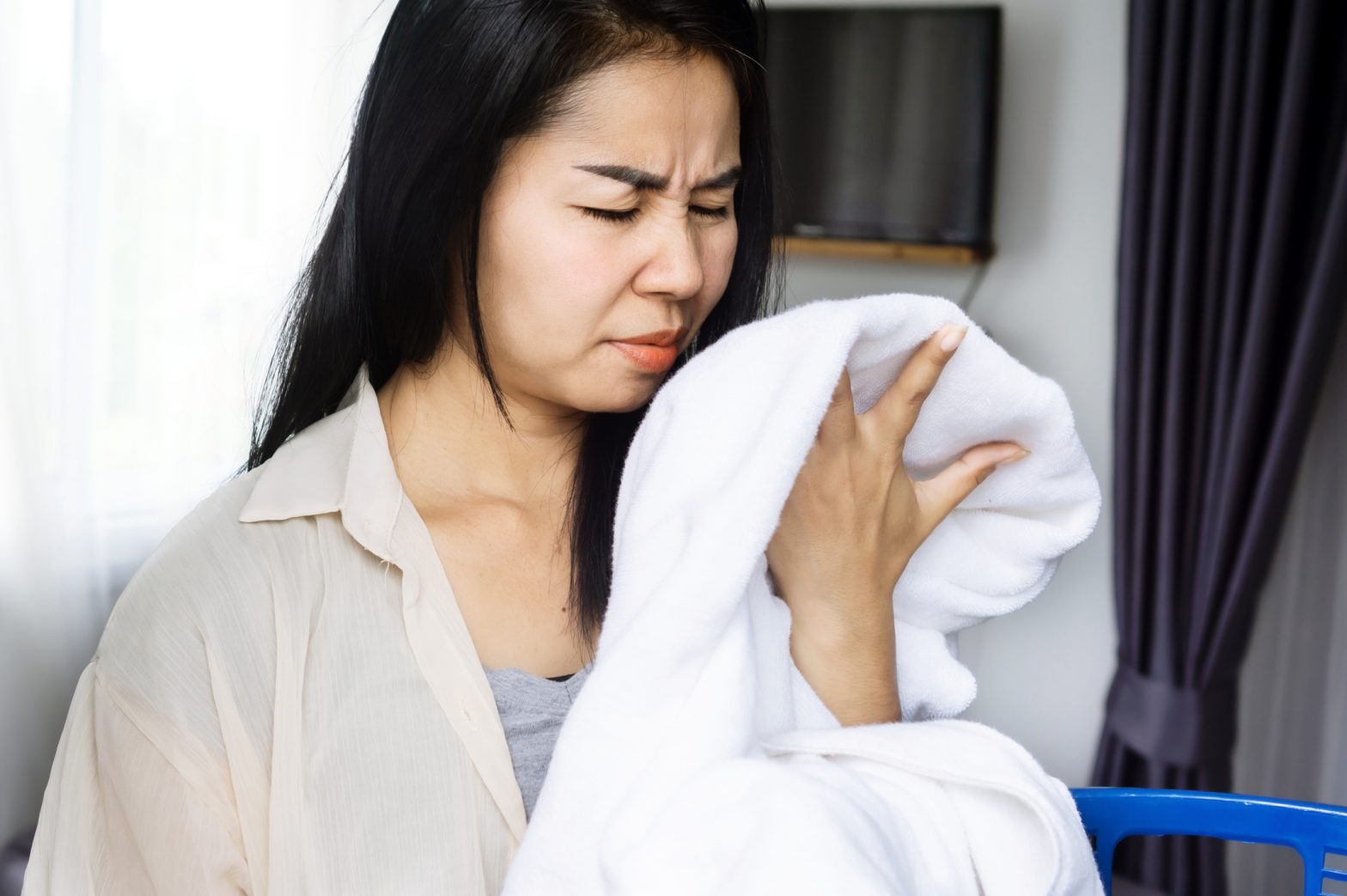 A lot happens in your bathroom. Not all of it is good. Because even if this is the place where physical hygiene is very important, you are also dealing with a lot of germs. This results – also according to a study – a rather unpleasant answer to the question, how often towels should actually be washed.

Contents
How often do you wash towels? That’s what a microbiologist recommendsWash towels properly: a tip from the expertsFurther hygiene recommendations from science

How often do you wash towels? That’s what a microbiologist recommends

Every time you remove dirt from your face, hands, body, or hair, use a towel to leave it behind. The textiles are also often not far from your toilet, which can throw germs up to six meters when the toilet lid is open. You can guess how often you should really wash your towels.

In fact, the answer to that is a little more drastic than many might think. At least if, according to the microbiologist Professor Dr. Charles Gerba leaves. Because, in his opinion, you should be yours Wash towels after each use (in some cases), but in general after three days at the latest.

“Our tests show that face and bath towels should be changed at least every three days.”

Dr. Charles Gerba, Professor of Microbiology, Immunology, and Public Health at the University of Arizona (via Mindbodygreen)

A few years ago, Gerba carried out several studies on the use of towels. He and his team found that 80 percent of the towels that had not been cleaned for three days or more Fecal bacteria. These got into the textiles through hand washing and could multiply there due to the damp conditions.

Wash towels properly: a tip from the experts

Apart from how often towels have to be washed, according to Gerba it also depends on how this is done. His studies further showed that many of the bacteria in question survived washing too cold. He attributes this, among other things, to the thickness of the textiles, which would make it difficult to remove.

Washing towels hot is therefore the better alternative. This also corresponds to the common rule on water temperatures of at least 40 degrees, but 60 to 95 degrees for hygienic cleanliness to build.

According to Gerba, anyone who uses a dryer should also set it to a higher setting. If, on the other hand, the towels dry in the air, it is advisable to only pack them away when they no longer contain any residual moisture. Complete dryness is also recommended before the next use.

In addition to the question of how often it is actually advisable to wash towels, other and similar facts have also been examined scientifically. For example, studies offer advice on how often to wash bed linen. But there are also interesting findings about personal hygiene. This includes a method of washing hair and an unusual recommendation on how often to shower.