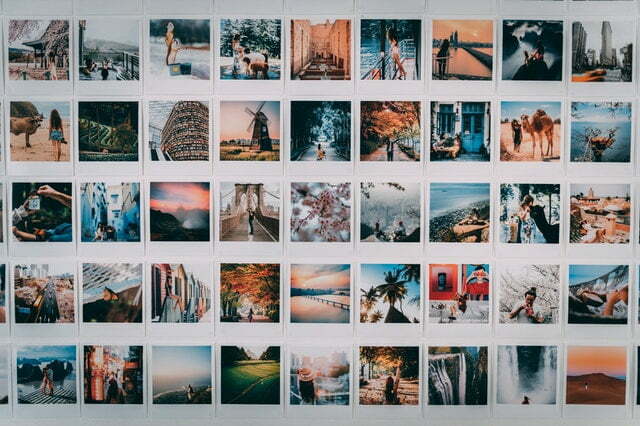 Whether it was due to a mistake or because it was thought that it was going to be a photo that I never wanted to see again, we deleted it. For that reason today we are going to try the topic of how to recover deleted photos on Android OS.

Contents
Two ways you can preventWhat Android applications can be used to recover photos?Recover Your Deleted Photos on Android with DigDeepDon’t let it happen to you again Related articles that you might find interesting

As the Android operating system does not have any system natively in order to recover data, so you have to use third-party applications to rescue the photos. Today we are going to make you a recommendation of four applications for data recovery. And later we will teach you how to recover deleted photos with one of it.

But you have to remember that the longer it has been since the image you want to recover was deleted, the less chance of recovering it. If it’s been a long time say weeks or months, as secure as Google’s operating system have rewritten the space it previously occupied, so our first recommendation would be that get to work the moment you deleted the image.

Two ways you can prevent

Before resorting to applications that analyze the hard drive of mobile phones in the search for those fragments of images that may remain in memory after eliminating them, and later trying to put them together to rebuild them, There are two ways that you can select in order to prevent, and that if you delete a file by mistake it will not be completely lost.

The first is to have on your mobile phone a file explorer with trash can. Some of the great Android file explorers have this feature built-in or enabled. With it, the moment a file is deleted using the explorer, this file remains in the recycle bin for a while, before being permanently eliminated, allowing flexibility and days of margin to be able to recover the photos.

Even when applications developed by Google, the person responsible for the Android operating system, for example Google Files It does not have a built-in recycle bin, but there are others that have this feature. An example is Google Photos, which offers two different ways to be able to recover them if you delete it for any reason.

First of all, if you delete images from Google Photos, it can be recovered if you regret it from the trash, where it is stored for a month or until you delete them permanently manually. On the other hand, if you have activated cloud storage, even if you delete it from another application, they will be in the Google cloud, a place that can be downloaded again.

What Android applications can be used to recover photos?

Recover Your Deleted Photos on Android with DigDeep

We are going to teach you how to recover deleted photos on Android using Digdeep. Once downloaded and running, a loading screen will appear which may take some time. Don’t worry if it takes time, it is quite normal.

Later it will appear a screen with advertising of other apps of the creator himself. Hit Back and then enter the main interface. You have to get used to advertising, since apart from banners, advertising images appear from time to time that cover the screen.

The main interface It is organized by multiple tables in which the images that have been deleted are stored. These tables usually correspond to images that were in the same folder and that were deleted in the near future. What has to be done is click on the box that you think has the image you want to recover.

When performing the operation another screen will be accessed, but at this point each frame is a photo that has been deleted. What you have to do is click on each image that you want to recover, they will be marked in orange, and when finished press the button Restore which will be seen at the bottom right.

Once this button is pressed, the application will complete the process, and will store the restored image in a folder with the name RestoresPictures , which can be accessed in the mobile gallery. Then press the Check button and the app will take you directly. Remember that the more recently an image has been deleted, the more likely it is to recover it.

Don’t let it happen to you again

Have you been able to recover the image? Good thing it was just a scare. At this time we give you some options so that this does not happen to you again. You have several options, but the easiest are: use a cloud storage service or take the images and videos to a physical medium periodically, for example on a computer.

Today we discuss a great topic that how to recover deleted photos on Android, and we provide you with some tips so that you do not find yourself in this situation again, we hope you liked it. So we invite you to stay with us until next time.