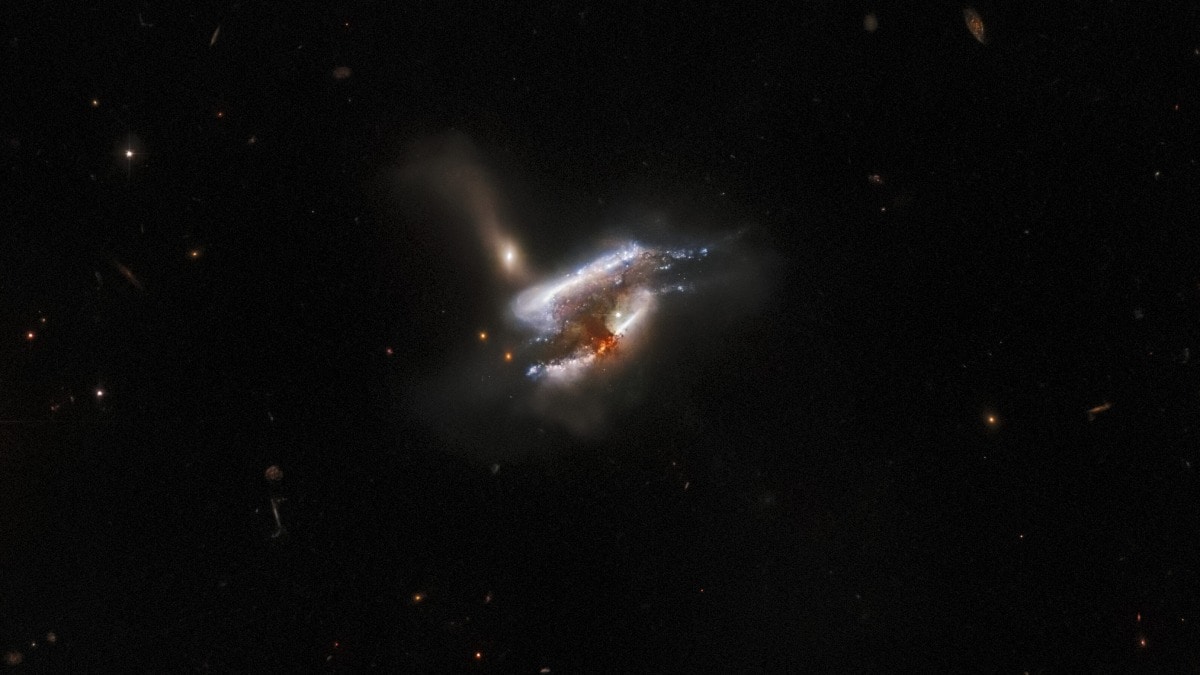 The Hubble Space Telescope, a joint project of NASA and the European Space Agency (ESA), has been witnessing mysterious events in the Universe for more than three decades. It recently captured a stunning image of an ongoing merger of three galaxies about 681 million light-years from Earth in the constellation Cancer. The image also shows a tumultuous mix of star formation and tidal distortions caused by the galactic trio’s gravitational interactions. In the center, the image is obscured by a thick cloud of dust, but light from a background galaxy can be seen piercing its outer edges.

“The dust mass and bright swirls of stars in this image are the merger of distant galaxies IC 2431,” ESA said in an Instagram post.

The image is part of a series of Hubble observations that analyze “strange and wonderful galaxies” discovered by the Galaxy Zoo citizen science initiative, according to the ESA.

The Galaxy Zoo project seeks public and amateur assistance from astronomers to classify one million galaxies. Those who participate can directly contribute to scientific research while also having the chance to see the beautiful and diverse galaxies that make up the Universe. These volunteers examine some of the most unique galaxies discovered to date using Hubble’s powerful Advanced Camera for Surveys.

The ESA said the initial Galaxy Zoo project achieved “what would have been years of work for a professional astronomer in just 175 days” and led to similar astronomical citizen science projects flourishing. Later projects included the largest studies ever done of galaxy mergers and tidal dwarf galaxies.

Launched in 1990, the Hubble telescope revolutionized astronomy with its unobstructed view of the universe. As it is now getting older, NASA launched its successor – the James Webb Space Telescope – on December 25, 2021.