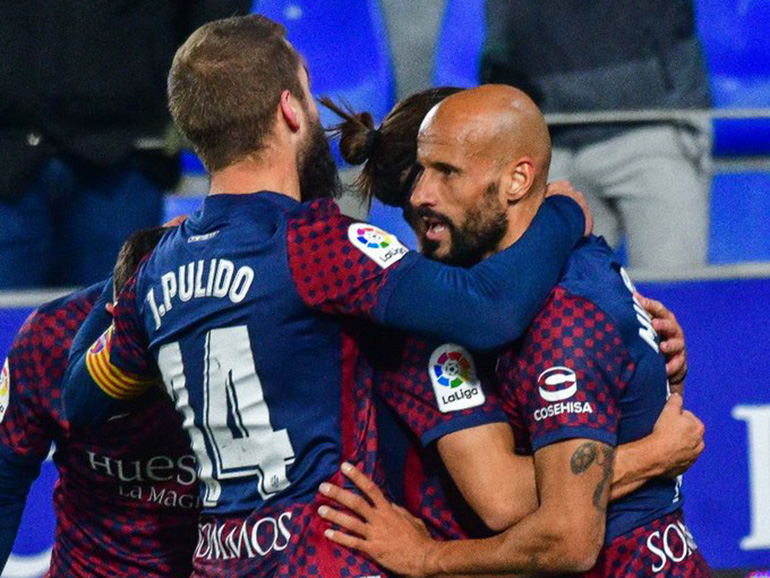 «The team is in a good moment. We have eight points out of twelve and we are ahead in the Cup, doing things well, improving in many and that is the line to follow. We must take advantage of these streaks ». This is how Mikel Rico defined the current situation of the Sociedad Deportiva Huesca before the micros. At this time, the promotion promotion is five points and those of Xisco are located in position number 12 of the table.

In this way, the Catalans only think about the duel on matchday 20 of the competition, against Real Sporting de Gijón. In addition, they do it with the illusion of being immersed in a good streak after the arrival of the new coach. «Coach changes are always noticeable. I think that with Xisco we have gained in consistency and improved defensively. And with the ball we are combining much more », he assured.

The one from Arrigorriaga acknowledges that Sporting “started very well, and although now it is not in a good dynamic, you can always change”. “They will think that Friday is the time to do it in front of their people. El Molinón is a spectacular stadium, the most beautiful in Segunda and the one with the most football. It is very difficult to win there, “he analyzed.

Anyway, despite the rush of the last games, Rico asks to go “day by day.” In the middle, he also wanted to highlight the importance of the Copa del Rey, which “gives everyone minutes and is a beautiful tournament.” For his part, in the regular competition, two games to the end of the year, he believes they have time “to fight to finish as well as possible and reach the break very well positioned.”

The midfielder believes that El Alcoraz must once again be “a fortress.” “This is my fifth season here and it always has been. Seeing that you come and that you do not take games after the return of the fans is annoying. We have to go back to being strong at home to be up, “he said.

To conclude, he stressed the importance of being regular in the competition and maintaining a high level between now and the end of the season. «All the teams are where they deserve in the table. At the end of the course, those who have not done what they had to do come down. Just like when you go up it is because you are the best, not because others do it badly ”, he has sentenced.