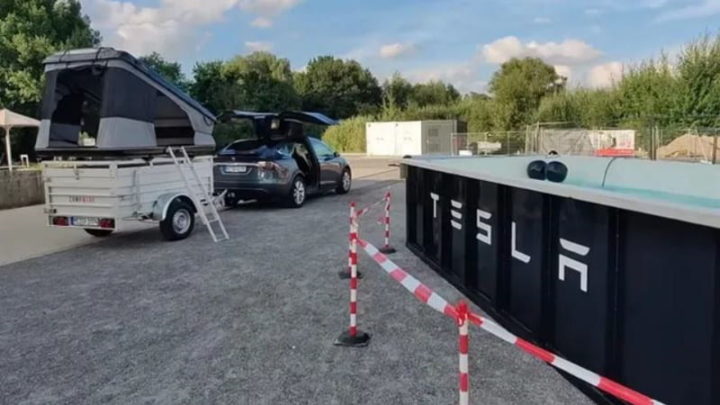 The problem of charging stations is real and, although there are more and more, they still do not respond to the need of tram owners. In Germany, this issue is hushed up now that a Tesla station has been given a swimming pool.

Drivers can enjoy some moments of relaxation while waiting for their tram to charge.

Drivers who make long journeys need to stop to “top up” their battery and ensure they reach their destination. If before this was a process that could be tedious, now, while waiting for the charging point to do its work, owners can enjoy and take a dip. At least in Germany they can.

In early August, the charging station in Hilden, which is owned by the Tesla Supercharger Network, received a new solar-powered swimming pool. According to the owner of Ladepark Kreuz Hilden, Roland Schuren, the idea of ​​installing a swimming pool came from the manufacturer itself. By the way, as revealed the company will supply everything necessary for the pool to function fully.

We are all working together, the three partners with Fastned, Tesla and Seed & Greet, on the quality of the site, at the user's convenience.

In addition to the pool, and what technically involves it, Tesla also guarantees towels, safety and protection, according to the owner of the charging station, who revealed that the idea of ​​the pool makes managing the electric charging business more pleasant. There is also a laundry room that visitors can use if they don't have extra clothes.

This novelty is just one of the amenities that Tesla plans to install in its charging stations. After all, because it is a process that can take longer than usual, the manufacturer wants to ensure that drivers are comfortable and don't waste the moment.