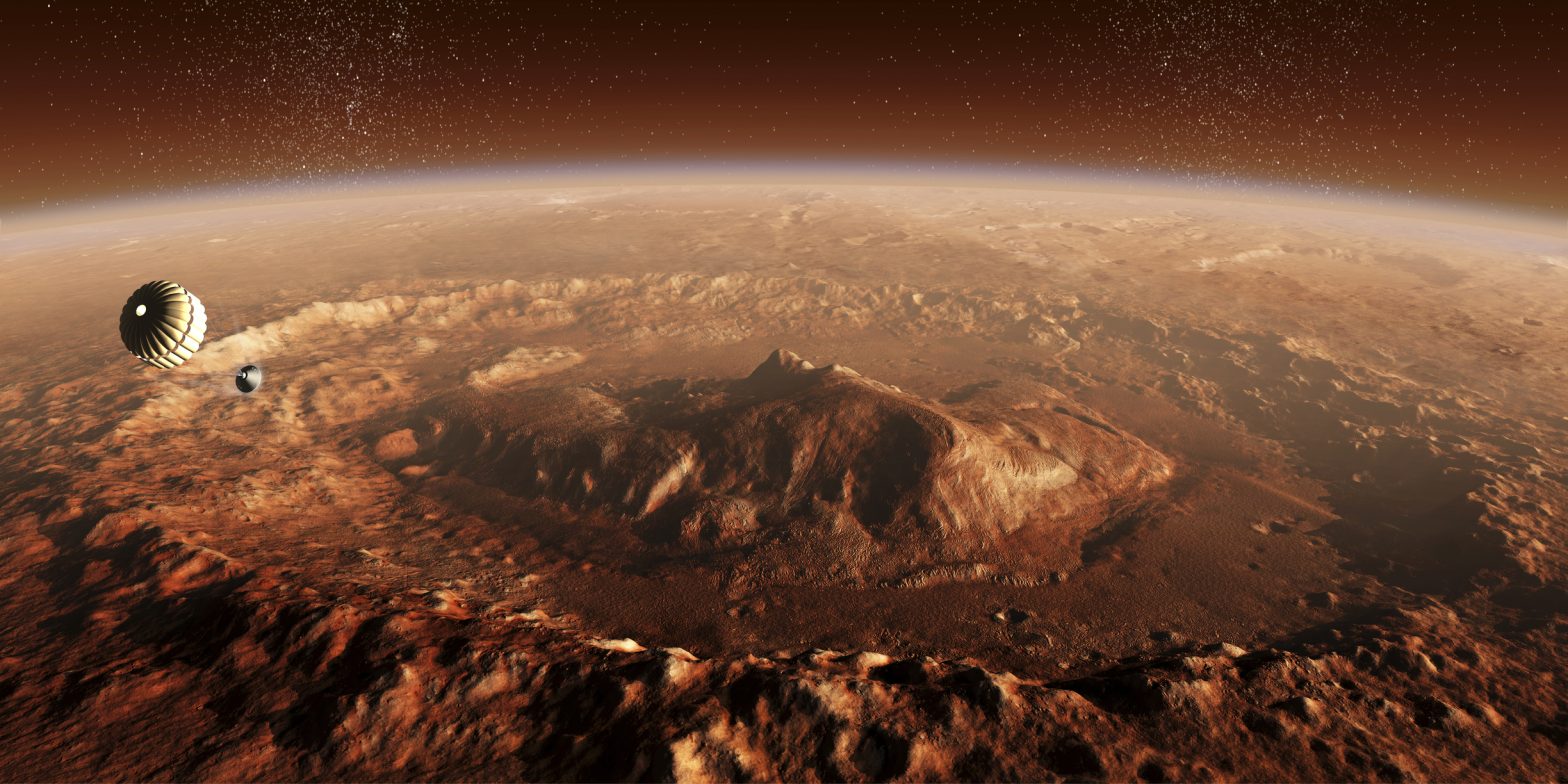 For decades there has been a race into space that just won’t stop. First it was Earth orbit, then the Moon, and now space agencies and private space companies are working on the first Mars Mission. A team from Canada’s McGill University could play a key role in pushing this plan forward. With the help of a gigantic, powerful laser, they want to bring spaceships to Mars within just 45 days.

Contents
Mars mission with laser boostWhat does the method bring?

Specifically, the scientists want to use a laser grid with a diameter of ten meters and an output of 100 megawatts. It is said to be stationed on the surface of the earth and allow for 45-day transit. The corresponding spaceship, on the other hand, is said to be equipped with a reflector on its Mars mission. This catches the laser beams and directs them into a heating chamber with hydrogen plasma.

When the plasma reaches a temperature of 10,000 Kelvin (approx. 9,727 °C), it is ejected from a specially designed nozzle. The resulting thrust could accelerate the spacecraft to up to 17 kilometers per second (61,200 km/h). At such a speed, it would reach the moon in eight hours and Mars in about 45 days.

What does the method bring?

Apart from the unprecedented speed that this drive method makes possible, it is above all characterized by its economy. Although the laser array would consume enormous amounts of energy, it would still be cheaper than conventional alternatives.

“Laser thermal propulsion makes it possible to quickly transport a ton of cargo with a laser grid the size of a volleyball court,” the researchers explain. At its helm is lead author Emmanuel Dupley, a former student in McGill University’s summer graduate program. Dupley and his team published the study in question in the journal Acta Astronautica.

There is one problem though. As part of a conventional Mars mission, there is far more leeway to control the flight path of a spaceship. With such “shots”, however, the accuracy is still a problem. It remains to be seen how quickly research will be able to overcome this hurdle as well.