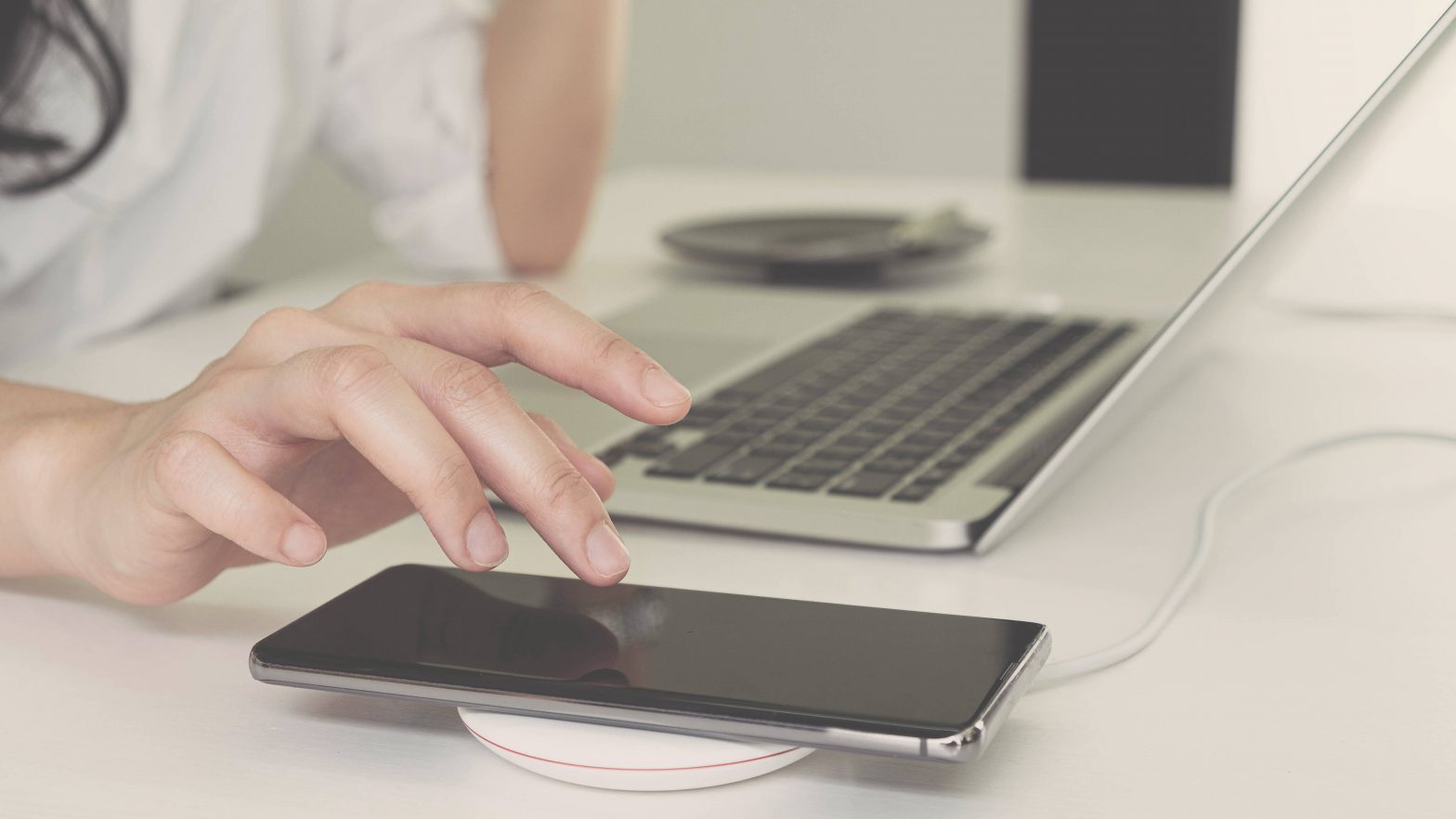 It has been possible for a long time to help your smartphone, tablet or smartwatch to charge more battery without the help of a cable or a free socket. If you use the wireless option, you usually speak of the so-called “inductive charging“. What that means exactly and what the advantages are, we have broken down for you below.

Inductive charging: the power of Qi

Inductive charging has been a constant companion in our everyday lives for some time. Especially current wearables, such as your AirPods or other Bluetooth headphones or the modern models of Smartwatches and Co. use the uncomplicated technology. But how does it actually work?

With inductive charging, you simply place the device on a kind of charging surface that supplies it with the electricity needed to charge the battery. Cables or additional devices are not required, apart from the charging station itself. Of course, the device whose battery you want to breathe new life into with the method must be equipped with the necessary technology. On the packaging, however, you will usually find the crucial clue in the form of a small “q” with a semicircle and a dot above it. This stands for “Qi”, i.e. the standard for wireless charging that is widespread today.

Translated from Chinese, “Qi” means something like “life energy”. It was defined as the standard by the WPC, the Wireless Power Consortium, to which well-known manufacturers such as Apple, Samsung and Sony belong. Above all, these manufacturers supply their high-end devices with Qi technology. In addition to the iPhone 8 models and more recent representatives, it is mainly the Samsung Galaxy devices that use Qi as a form of charging. As an alternative, there are special cases that are intended to replace the missing technology in your smartphone or tablet.

You may have already got to know inductive charging through a different form in your everyday life. Even if you don’t have a smartphone or other gadget that harnesses the power of the Qi standard, you’ve probably heard of an induction cooker. This one works in a very similar way. There is a coil in the hotplate that generates a magnetic field through which the current flows into the device, in this case the saucepan. Electric toothbrushes are now mostly charged by induction. Only the station is connected to the socket.

It works very similarly on the smartphone: The charging station or the corresponding shell is connected to a socket or even the USB port of your computer. It also contains an electrical coil through which an alternating current flows. This creates a magnetic field. There is also a coil in the device to be charged. If this is brought together with the magnetic field, the alternating current is converted into direct current, which then flows into the battery. The latter will be charged.

What are the advantages of wireless charging?

Thanks to wireless or inductive charging, you can enjoy many things benefits. Of course, it’s great when annoying cables are simply superfluous. But in addition to this aspect, there are other advantages that speak in favor of Qi technology:

In addition to the advantages, there are of course also disadvantagewhich we want to discuss in more detail.

Is inductive charging dangerous or harmful to health?

Have you also wondered what risks arise for you or your household if you switch to inductive charging? Fortunately, the simple answer to the question is extremely reassuring, because the range of the magnetic field is usually small and the charging station usually stops charging automatically if it detects an unfavorable object near the magnetic field, such as a paper clip. If no device is being charged, many stations also reduce their electrical voltage.

Conclusion: Inductive charging has real potential for the future

Since people tend to strive for the most uncomplicated solution for them, inductive charging could prevail. Going without cables is a trend that has been triumphant for years, especially in the wearables segment. The Qi charging stations in particular are now affordable and the technology is constantly being expanded, so that you can even use them in cars. However, one disadvantage remains: inductive charging still takes longer than with a cable. What speaks against charging your cell phone wirelessly, we explain in more detail here.