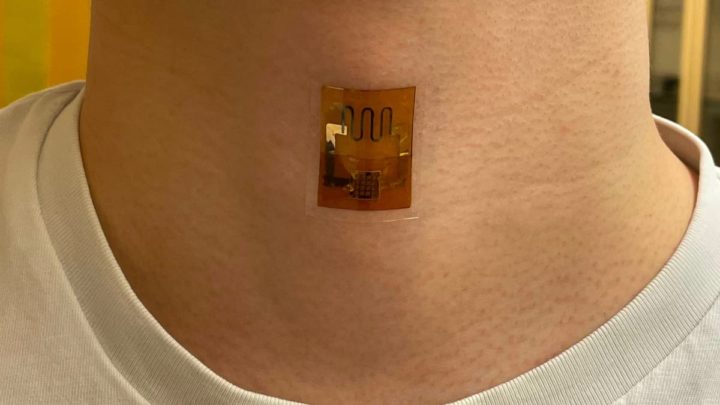 Why bring energy storage devices with you if the human being himself can generate constant electricity that serves to charge the devices? Yes, this is still in the limbo of the imagination and an incredible future. However, today it is already possible to extract electricity from sweat. There is a new biofilm that can extract clean energy from sweat.

Contents
Sweat and electricity: The human being is a powerbankHow does this system work with the microbial film?The human body produces constant electricityRead too:

When these innovations move from paper, from the laboratory, to everyday life, each person will be their own source of electricity. Amazing, right?

Sweat and electricity: The human being is a powerbank

The use of renewable materials in the manufacture of clean energy collection devices can further improve sustainability. Microorganisms can be mass produced from renewable raw materials.

Researchers at the University of Massachusetts Amherst have demonstrated that a microbial biofilm is a cohesive, flexible material that collects energy from evaporation and converts it into electricity. This biological film has the potential to revolutionize the electronics world of "wearable" devices, managing to power these gadgets. We talk about equipment, from personal medical sensors to the usual electronics of our daily lives.

Biofilm is a thin sheet of bacterial cells the thickness of a sheet of paper. It is naturally produced by a modified version of the bacterium Geobacter sulfurreducens. This microbe is known to produce electricity and has previously been used in "microbial batteries" to power electrical devices. But these batteries require G. sulfurreducens to be properly cared for and fed a stable diet.

It's much more efficient. We have simplified the process of producing electricity, radically reducing the number of processes required. We sustainably grow the cells in a biofilm and then use that agglomeration of cells. This reduces energy inputs, simplifies everything and expands potential applications. 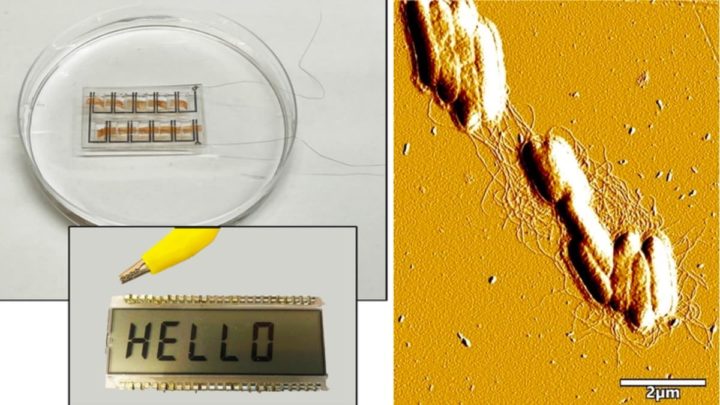 Image of biofilm left and right, the individual microbe that attaches itself to its neighbors through a series of what the research team calls "natural nanowires"

How does this system work with the microbial film?

The bacterium Geobacter sulfurreducens grows in colonies that look like thin mats, and each individual microbe attaches to its neighbors through a series of what the research team calls "natural nanowires." It is these mats that the team collects and engraves tiny circuits with a laser.

It then presses them between the electrodes and finally seals them in a soft, tacky, breathable polymer that can be applied directly to the skin.

As the surface of our skin is constantly damp from sweat, the biofilm can "turn on" and convert the energy locked in evaporation into enough energy to power small devices.

The researchers say the limiting factor for usable electronics has always been the power supply. Batteries run out of power and need to be replaced or charged. They are also bulky, heavy and cumbersome devices.

However, a small, thin, flexible and transparent biofilm that produces a continuous and constant supply of electricity and can be used, as a patch applied directly to the skin, solves all these problems.

During the experiments, the biofilm patch applied to sweaty skin produced energy comparable to that produced with saline and maintained its performance after 18 hours. Even non-sweaty skin generated considerable electrical output, demonstrating that a continuous secretion of low-level moisture from the skin is sufficient to drive this hydroelectric output.

In laboratory tests, the device maintained a constant current output for more than 30 days. It could be a promising candidate for continuous powering of portable electronic devices.

Our next step is to increase the size of our films to power more sophisticated electronic devices that can be worn on the skin. One of the goals is to power entire electronic systems rather than individual devices.

It is investigation was developed by the Institute for Applied Life Sciences (IALS) at UMass Amherst, which combines deep, interdisciplinary expertise from 29 departments to translate fundamental research into innovations that benefit human health and well-being.