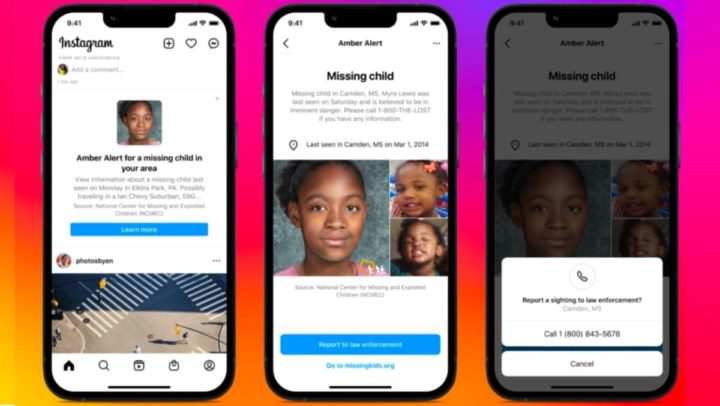 Instagram is one of the favorite social networks for young people. It is also where a picture is worth a thousand words. As such, starting this week, Instagram will start displaying missing or kidnapped child alerts near the user’s location.

Contents
Your smartphone may receive missing children alertsHow will Instagram know where the user is from?

This is an extension of the alerts known as AMBER (America’s Missing: Broadcast Emergency Response) which, although born in the US in the 1990s, is now implemented in more than twenty countries.

When a child goes missing and the disappearance is considered high risk (as in the case of a kidnapping), local police can issue an alert to all cell phones in a given area with a description of the child, the abductor and details of a vehicle involved. .

Smartphones normally have the option to have such alerts turned on by default, although they can be turned off. Now these alerts will also appear within the Instagram application, with photos, if any.

The purpose is to draw the attention of users who have disabled other alert systems or who do not pay attention to text messages and other notifications. One button inside the alert will allow direct contact with the police forces. 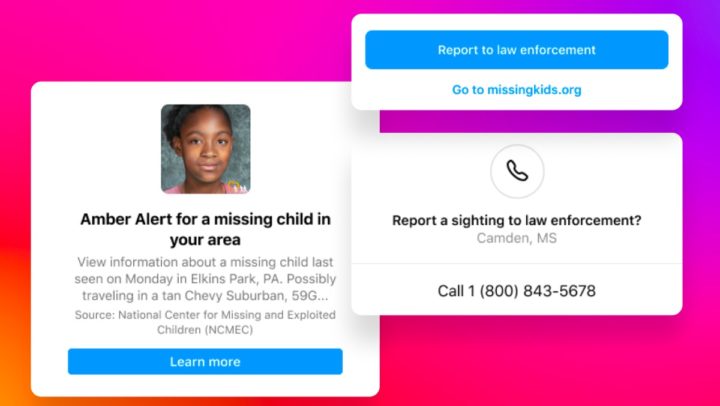 How will Instagram know where the user is from?

The company Meta will use different indicators to determine who sees these alerts, even if the app is not allowed to know the exact location of the phone. The IP number or city where the user is registered will be used to determine which alerts he receives.

Facebook has had this feature built in since 2015, but Meta now wants to add it to the rest of its social networks. Given that users spend, on average, more time on Instagram than on Facebook, alerts are likely to be more useful on Facebook.

the notification of AMBER alert will start operating in 25 countries in the coming weeks, although Portugal is not among them at the moment. The countries where the service will be activated are Argentina, Australia, Belgium, Bulgaria, Canada, Ecuador, Greece, Guatemala, Ireland, Jamaica, South Korea, Lithuania, Luxembourg, Malaysia, Malta, Mexico, Netherlands, New Zealand, Romania, Africa South, Taiwan, Ukraine, United Kingdom, United Arab Emirates and United States.

Meta mentions that it is currently working for this service to reach many other countries.