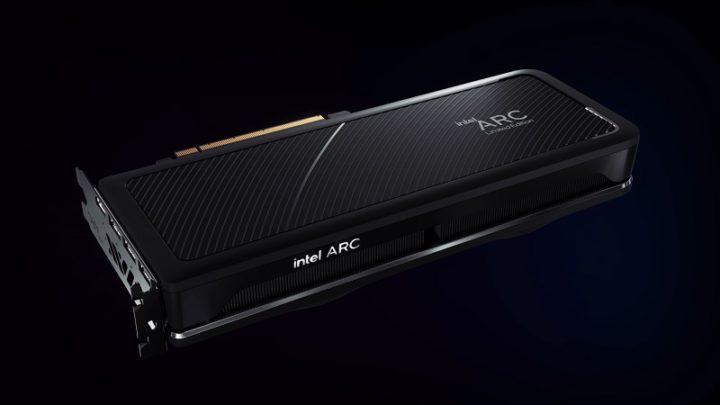 The new graphics cards from Intel, from the Arc Alchemist line, have already given a lot to talk about. However, nothing concrete has yet been established, since the equipment has not yet effectively reached the market.

But recently the Intel Arc A770 model has appeared in the Geekbench benchmark and is on par with Nvidia’s GeForce RTX 2070 graphics card.

Intel Arc A770 emerges in benchmark

Some details about Intel's Arc Alchemist graphics line are already known. However, the most well-known model is the more basic Arc A350M which, along with the A370M, will have reportedly already been released on the market. But the truth is that no one has been able to find them for sale yet, and it seems that these GPUs will only arrive at the end of the second quarter, between May and June.

On the other hand, the Intel Arc A770 will be the flagship model of the Arc Alchemist line, and about this there are now some more details. revealed by a benchmark platform. The data was obtained from Geekbench, where this graphics card appeared and where some of its specifications are also shown.

Thus, Intel's flagship GPU, also known as ACM-G10, runs at 2400 MHz and has a capacity of 12.7 GB of memory. According to the OpenCL benchmark information, the device will also have 512 execution units. As we can see from the image below, the test was carried out on a machine equipped with an Intel Core i5-9600K processor. 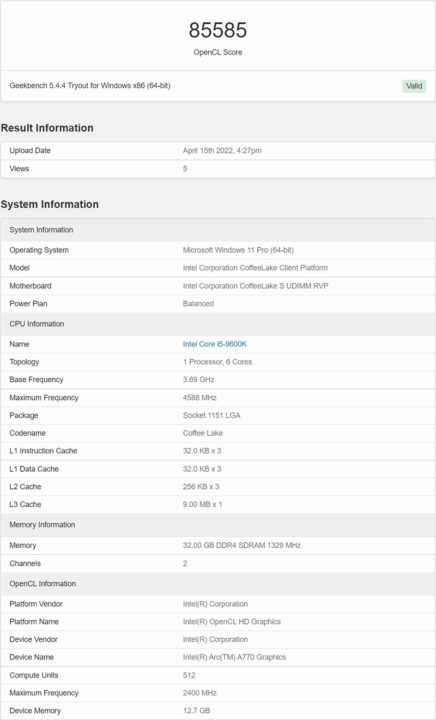 In the test, the Intel Arc A770 graphics scored 85585 points, a much lower value than the Nvidia GeForce RTX 3070 Ti. In turn, the GPU achieves a technical tie with the GeForce RTX 2070.

But since official information is still scarce, it's not known for sure if the A770 will actually be the most advanced model in the entire range, or if Intel still has something else up its sleeve to surprise us. We will then have to wait for the next few weeks and wait for Pat Gelsinger's company to provide some more details about this new equipment.